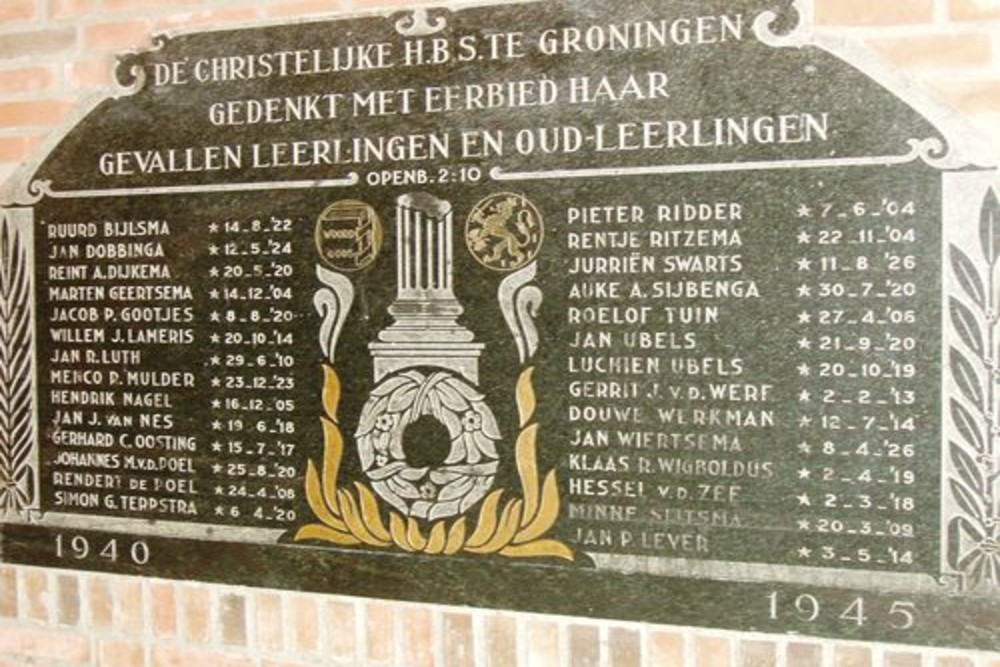 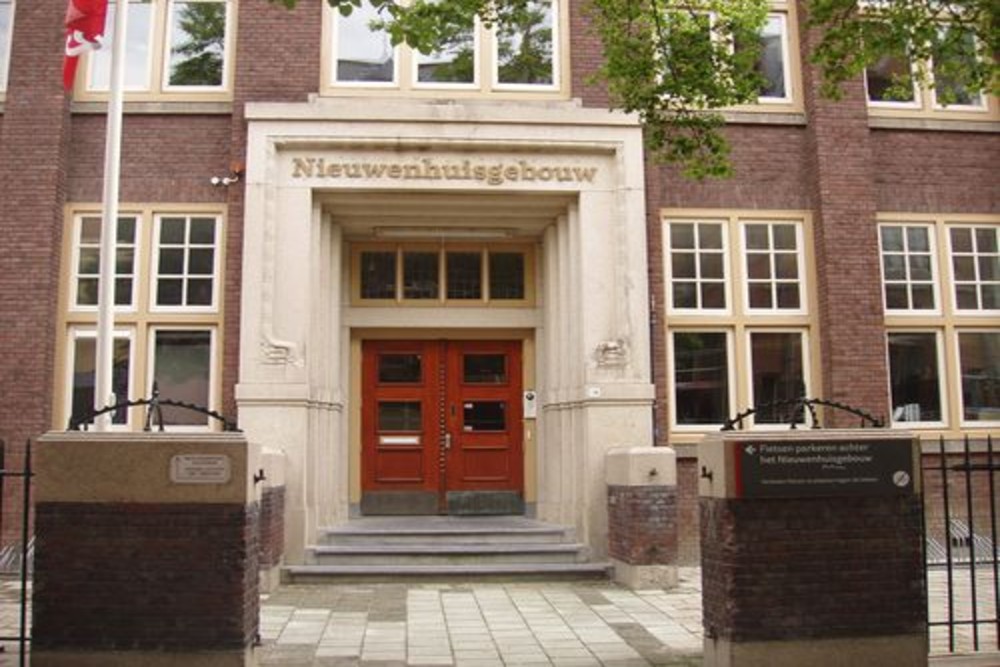 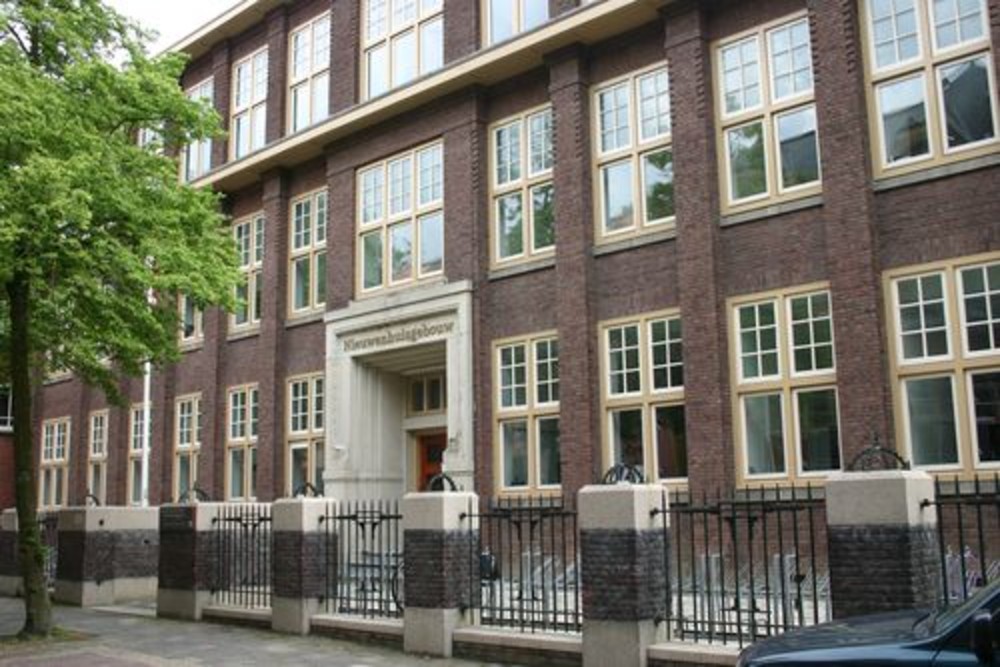 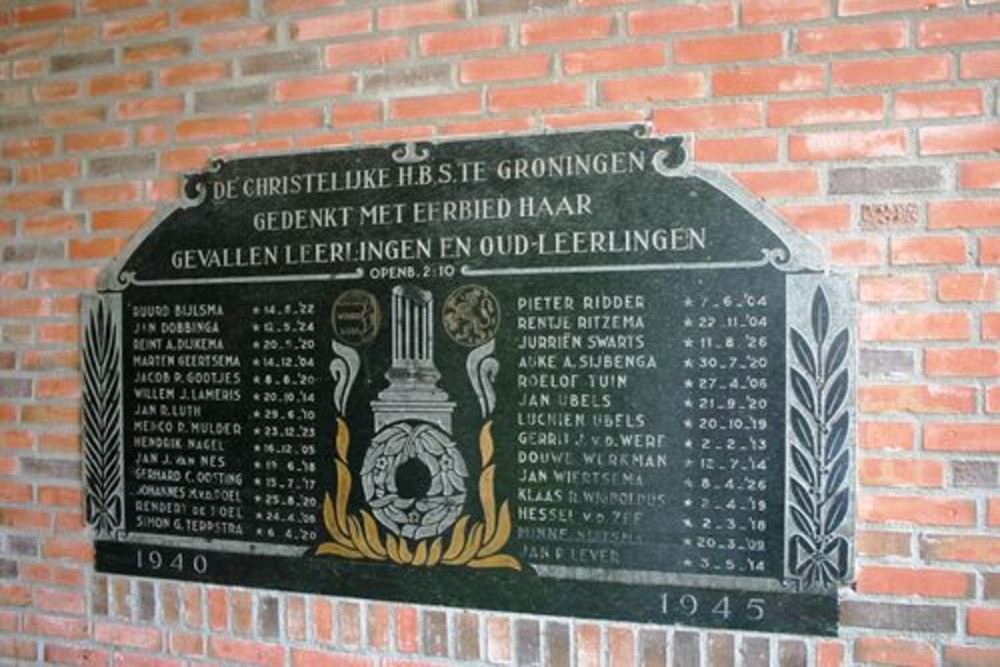 In the stairwell of the Wessel Gansfort College is a memorial stone bricked. The stone is a reminder to students and former students of the Christian HBS Groningen, who fell in the period 1940-1945 during World War II.

The stone lists the names and dates of birth of 28 students who died. One of the most famous pupils was Reint Albartus Dijkema, resistance fighter and eldest son of theresistance family Dijkema.

Since 1923 the Christian H.B.S.was located in the Grote Rozenstraat 38 in Groningen. In 1948 the school was divided into a first and a second Chr. H.B.S. After the introduction of the Education Act in 1968, the First Chr. H.B.S. became the name Wessel Gansfort College (WGC).