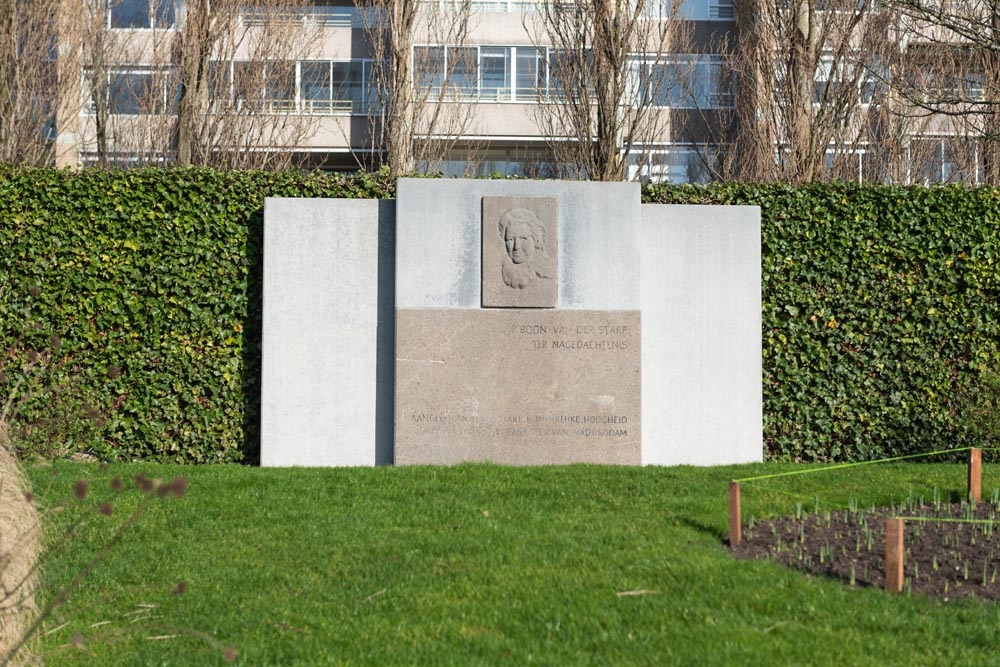 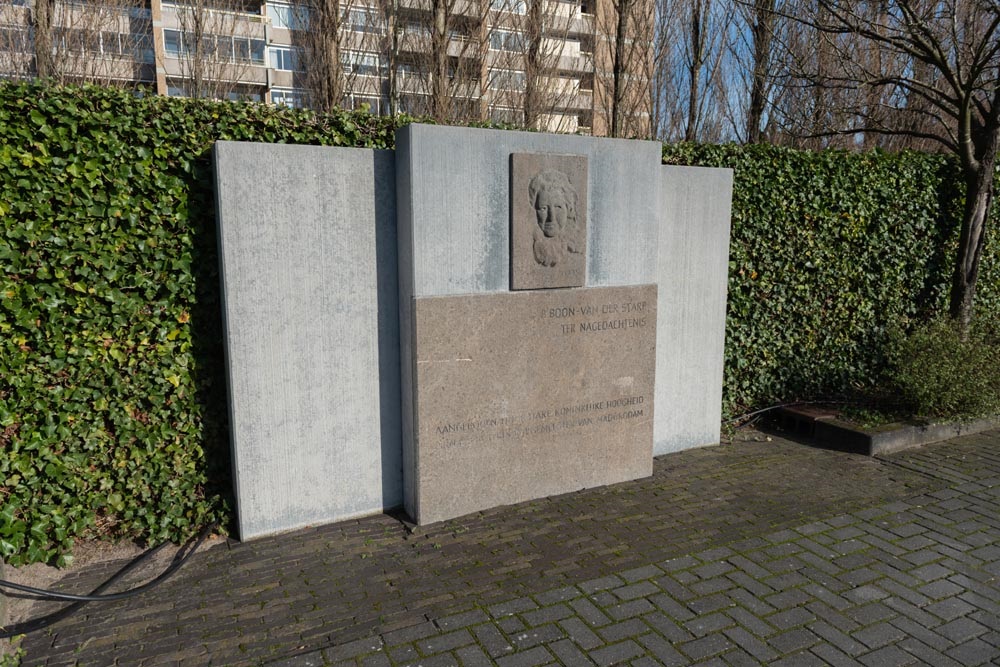 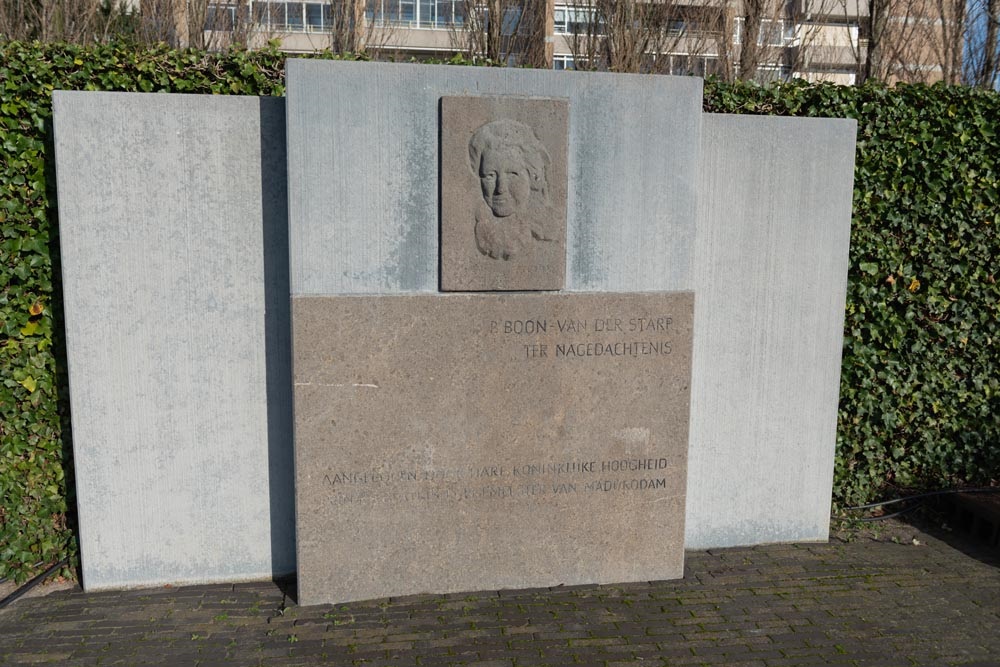 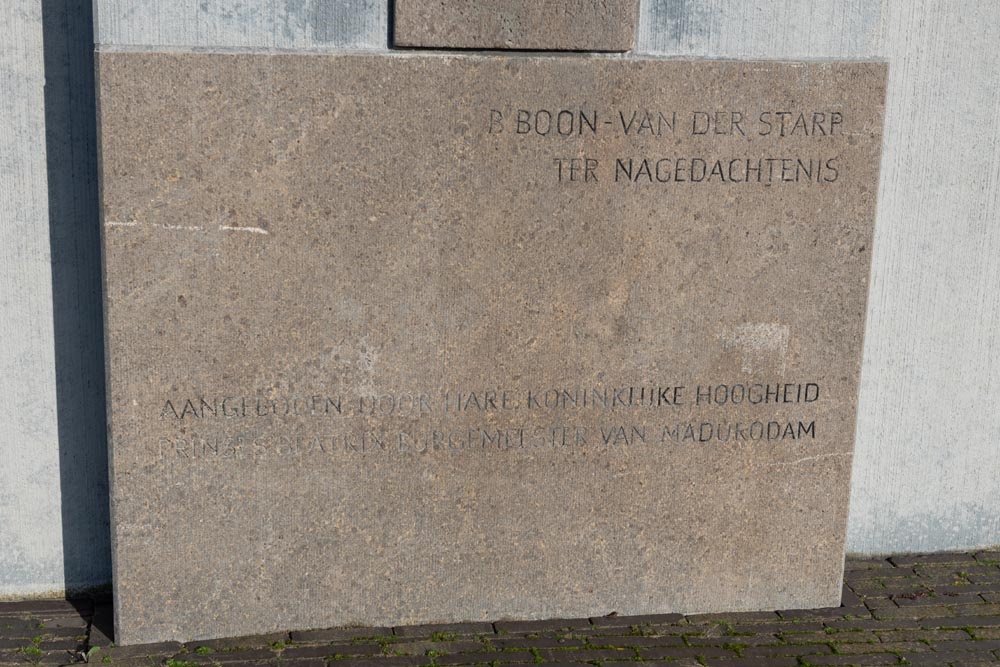 This Monument is in memory of Bep Boon-van der Starp, she was the founder of Madurodam.
George Maduro's parents gave her the initial capital for Madurodam. The Maduro family consider Madurodam as a monument to their only son who died in Dachau in 1945.
Since 1993, a scale model of Maduro's birthplace in Curaçao, dating from 1895, has been on display in Madurodam. A plaque is attached next to the model of the house, with the text "In him the Netherlands honors its war heroes from the 1940-1945 battle".

Bep Boon was in the radio council before and after the war and was already active before the war to allow Jews to escape from Austria.
In 1938, Bep Boon was the founder of the Hague Committee for Refugees, better known in The Hague as the Haagsch Children's Committee. With this organization she managed to get around 1,600 Jewish children from Austria to escape to the as yet unoccupied Netherlands. In these pre-war years, the Boon family's home in The Hague became a refuge for Jewish intellectuals forced to flee Nazi Germany.

Bep Boon also remained socially active after the war. She became a member of the board of the Dutch Student Sanatorium: a sanatorium in Laren for tuberculosis patients who were studying who wanted to continue their studies during a cure. Membership of this board sowed the seeds for the creation of Madurodam. Bep knew that there was no money for the aftercare of the patients of the Student Sanatorium. On a whim, she made the proposal to build a miniature city to raise money for the sanatorium. 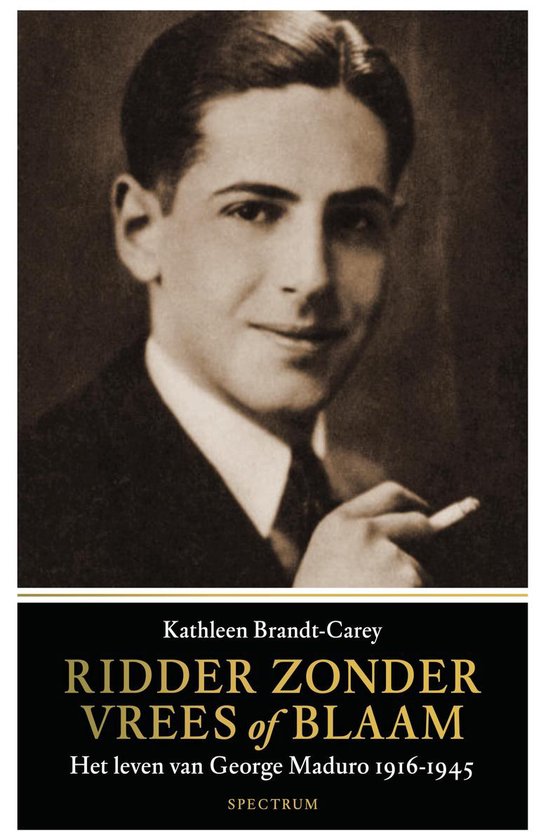 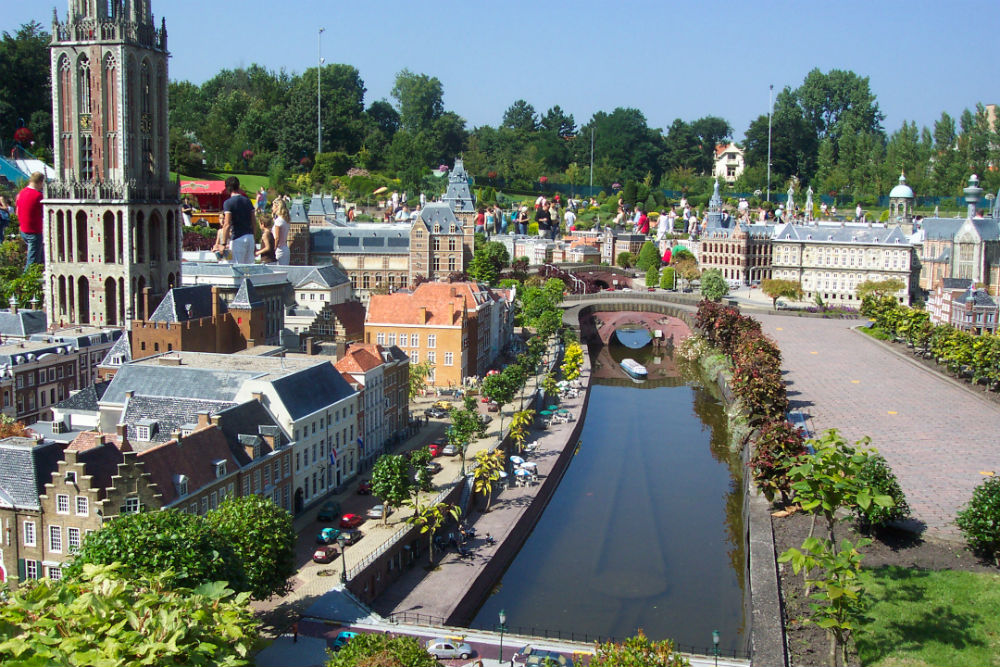 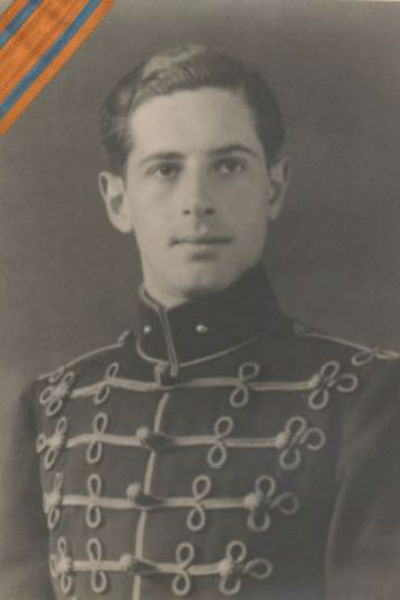