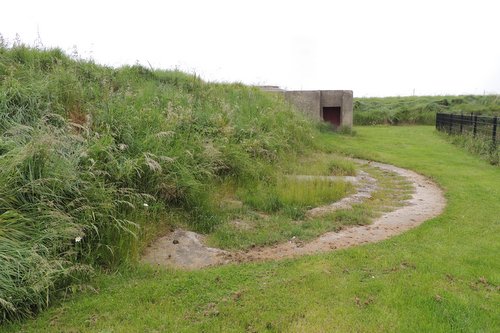 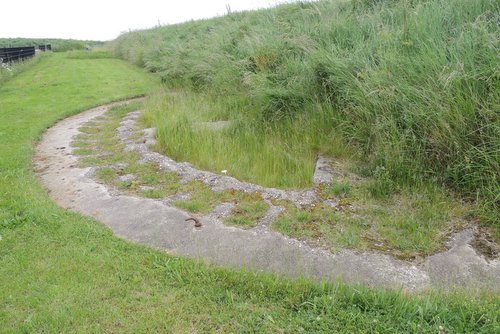 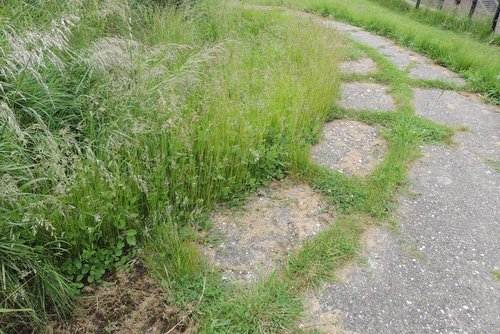 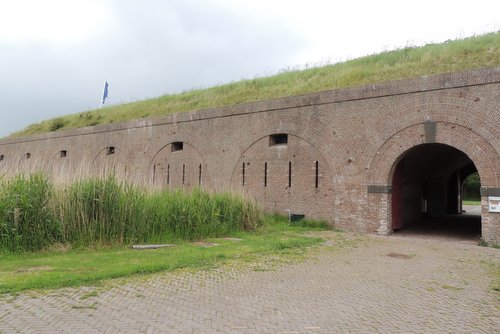 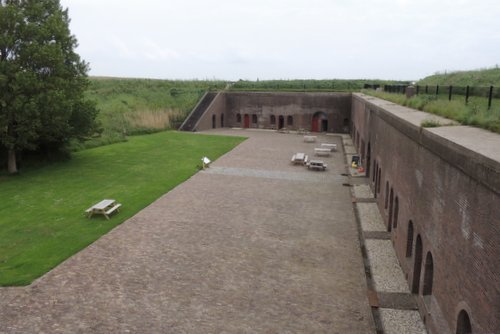 During the Second World War the fortress was conquered by the Germans and became part of Stützpunkt Grosse Kurfürst (supporting point). This Stp. was situated on and around Fortress Ellewoutsdijk. Today a number of Tobruks can still be found on the fortress. One of these Tobruks has a top cover and a look out hole in its side.

Another Tobruk still has its brackets. Also on top of the fortress there is an open fortification of which it is not known what its significance was. In 1918 the last guns were removed from the fortress. During the Second World War the Germans reinstated the fortress. At the west side of the fortification a machine gun bunker was constructed.
Fortress Ellewoutsdijk has also been used as a prison. After the war people that had been members of the German supporting NSB have been imprisoned there. And before Natuurmonumenten gained the management of the fort it served as storage for the Ministry of Defence.
From 1981 Fortress Ellewoutsdijk has resorted with the Vereniging voor Behoud van Natuurmonumenten in Nederland (Society for the Promotion of Nature reserves). The fortifications are still completely intact and the various casemates are accessible to visitors during the opening hours of the fort.

pictures of an open attitude on the fort