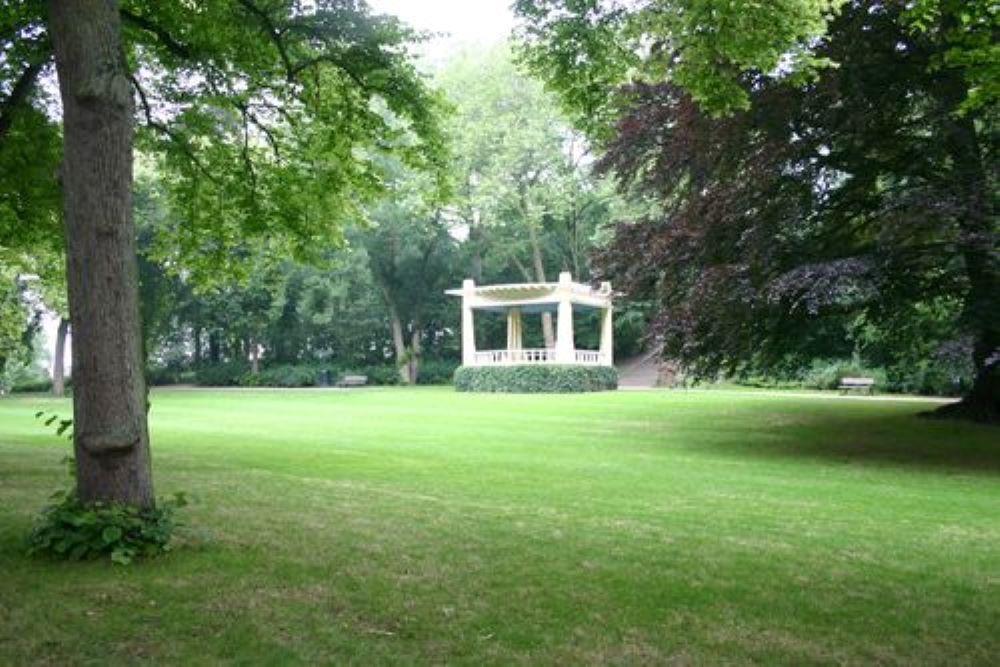 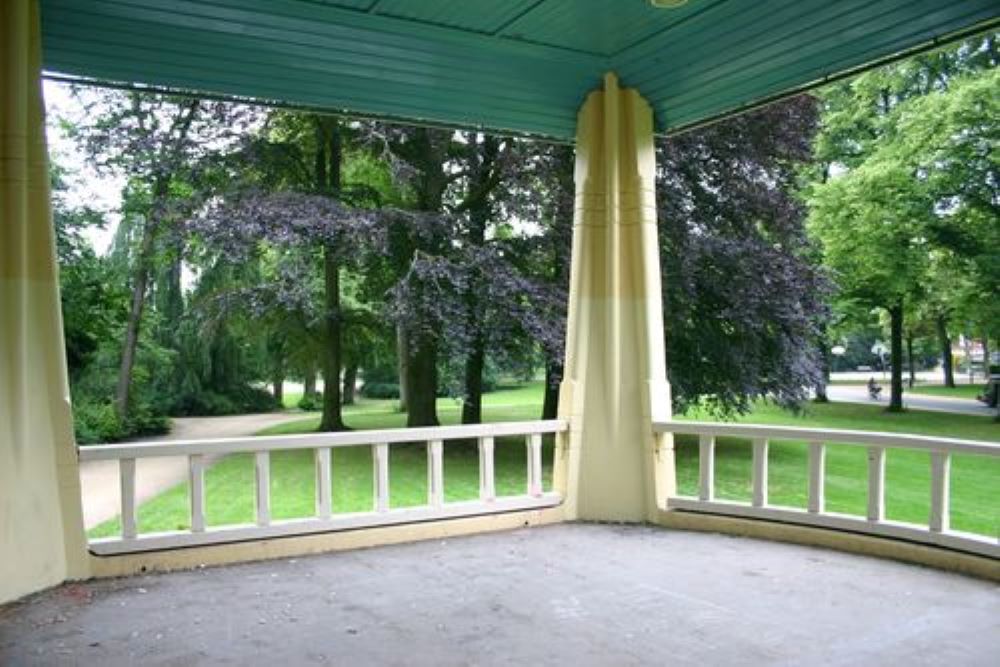 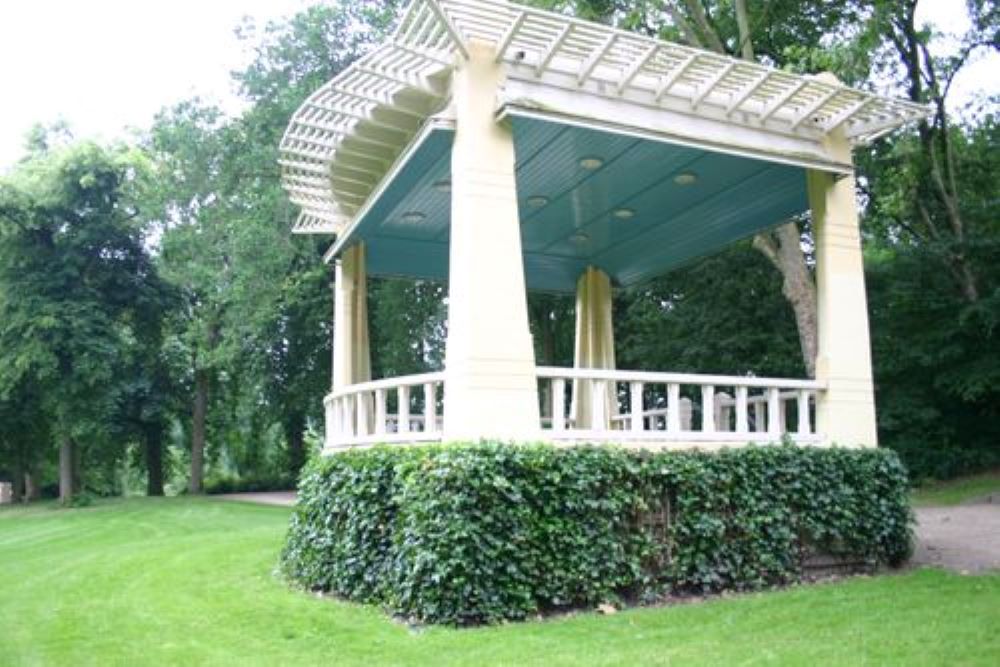 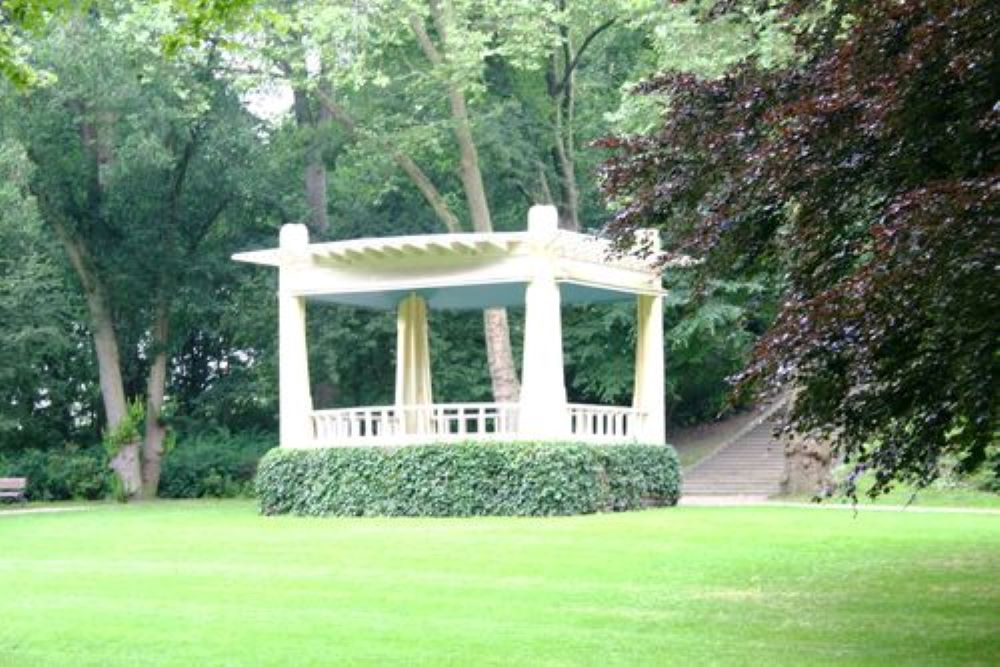 During the liberation of the city of Groningen in April 1945 Noorderplantsoen was used by the Germans as defense zone. The park was full of trenches, bunkers, landmines and in the trees were snipers.

The music dome was built in 1905 and has been renovated. The renovation is gone and the basement filled up with earth and the entrance is bricked.

M. H. Huizinga about his experiences in the Noorderplantsoen:
"As schoolboys we went a few days after the liberation to the
Noorderplantsoen to empty shells, bullets, equipment pieces and shards search
and to collect, where we had a lot of interest. We noticed that the floor of the music temple in Noorderplantsoen not lay horizontally, but one side about five feet down was dropped. On our tour of inspection we saws smoke come to our great surprise, from the vent; this schedule sat on the side of the temple and served to the space under the floor
ventilate. The smoke gave us the clue that someone under the floor and behind the
grid had to sit. It was a backward Germans, which could hardly otherwise. Only adults were immediately alerted, who the Underground had been informed. While everyone was away held, there was, to general surprise, a handful of Germans under the floor
from which it did not work so good and were actually glad they were discovered ".