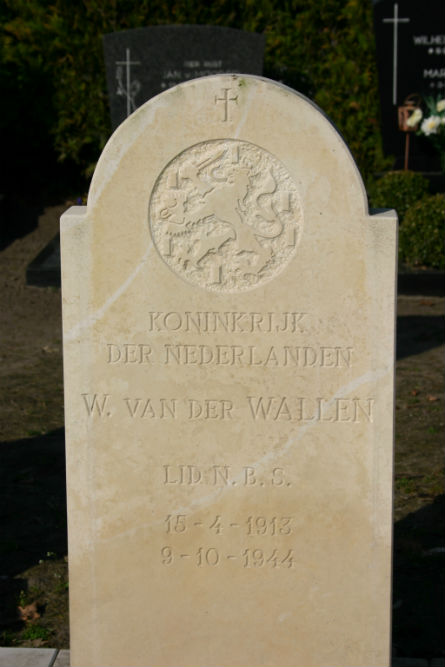 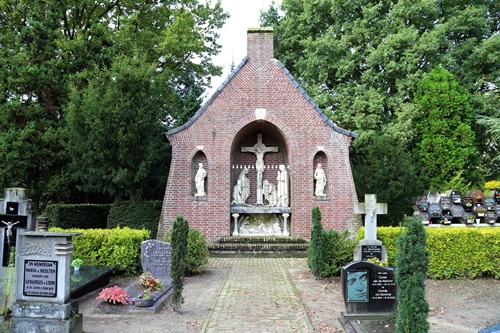 There is one Dutch war grave in this cemetery.

Willebrordus van der Wallen (1913-1944) died during the Second World War as a result of an exploded ammunition box.

On October 9, 1944, a patrol of two German soldiers in the Zandsebossen had been captured by Allied soldiers. This was watched by a group of men and boys. Two officers from the municipality of Asten, with the task of clearing up the ammunition left behind by the Germans, joined the group of men and boys. A strange-looking ammo box caught the group's attention. A fuse was triggered by an unfortunate handle and the box exploded. The consequences were dire. Eight bystanders were instantly killed. Five more died within a week. A few weeks later another child died. In total 13 fatalities. All this happened at the Rinkveld in Asten, near Liessel.