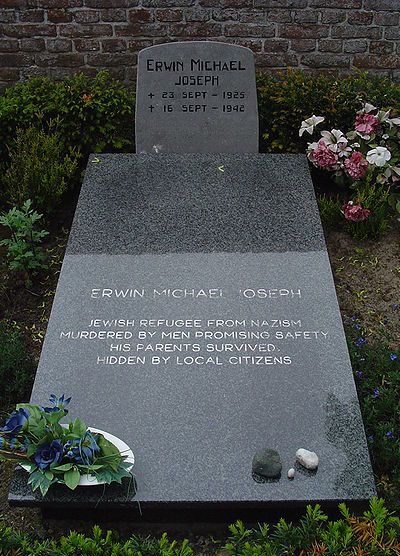 This grave is located on the Protestant Cemetery and was assigned the title "Jewish Cemetery".

It is the grave Erwin Michael Joseph. On 16 September 1942, at the age of 16, he was murdered by the men who promised to take him to a hiding address.

The perpetrators were Henk Brandhorst, who after the war pointed the place in the forest where they buried him and was imprisoned for three years for the murder and Josephus Mathias Pius Germanus Mary Peerbooms, a resistance fighter who later was liquidated because of suspicion of treason.

His mother committed suicide shortly after the war.