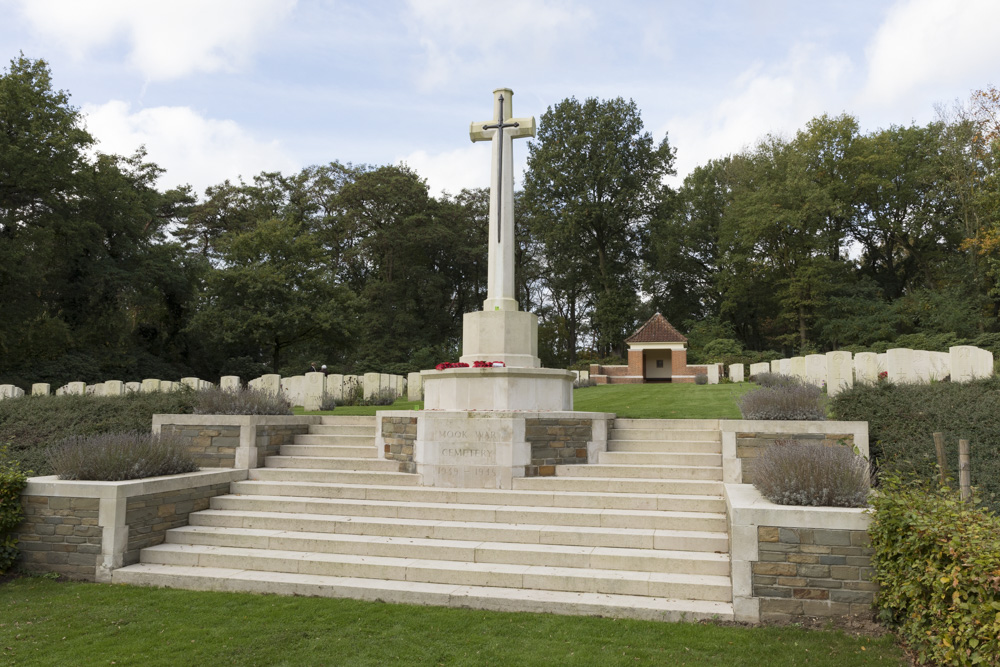 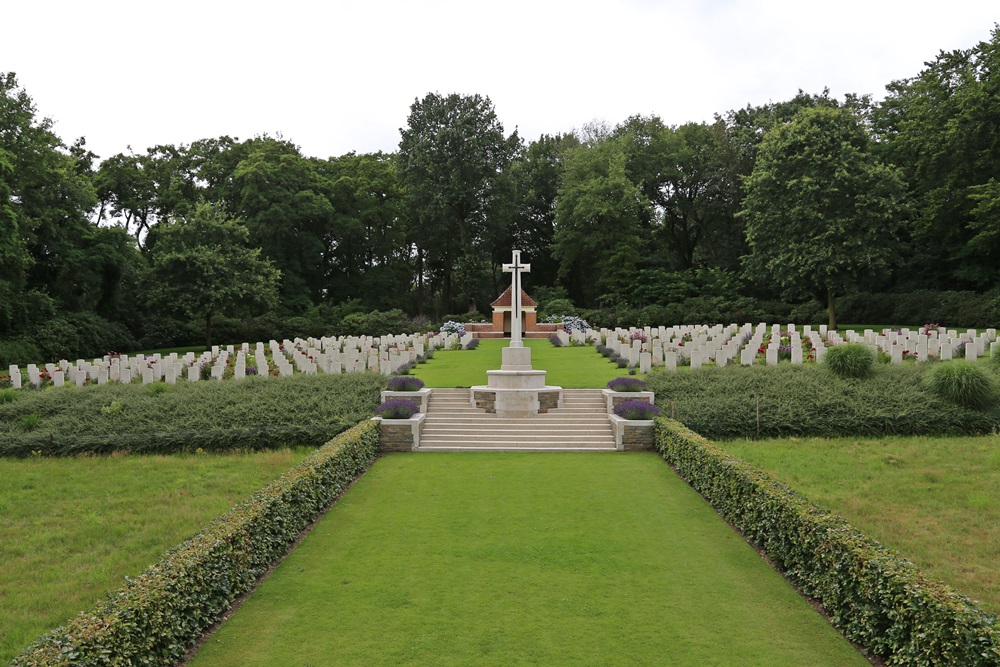 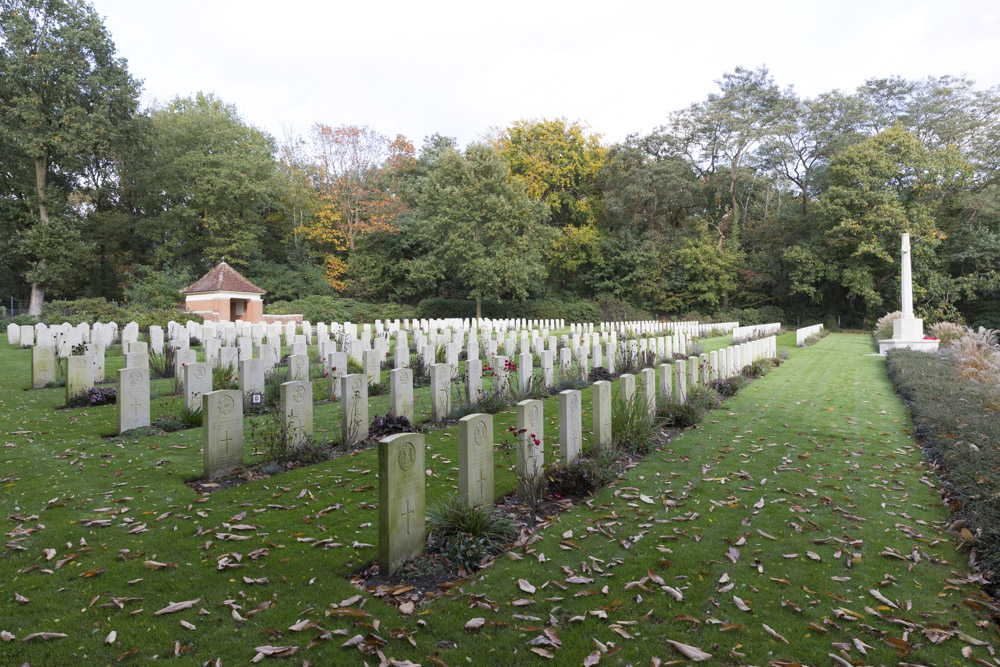 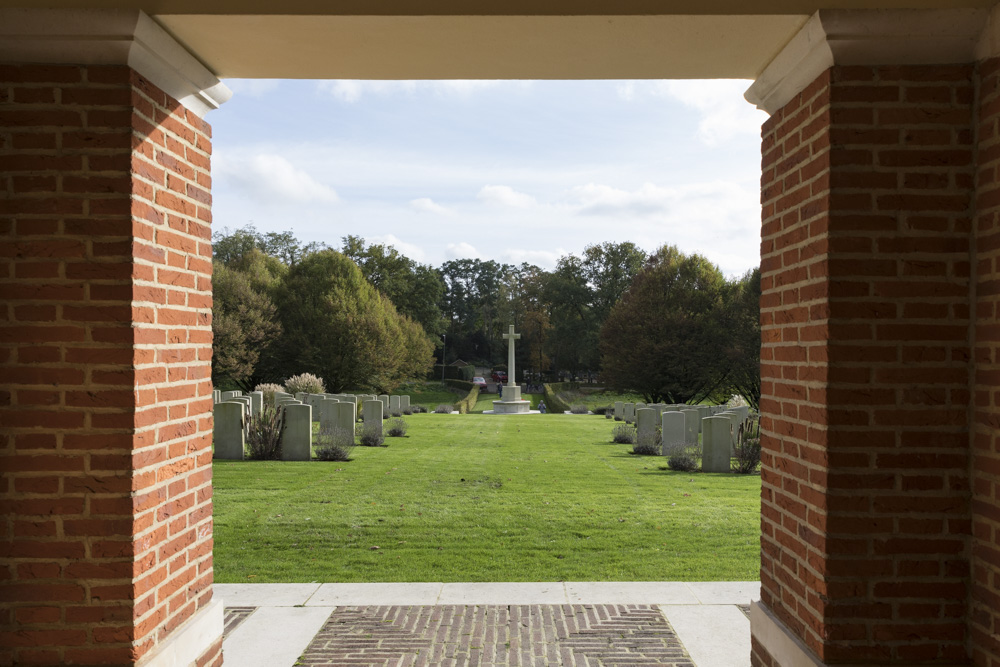 Casualties from the fights in September and the advance into Germany in February are buried here. Of the 322 burials - Navy 3, Army 304, Airforce 15, 279 are British, 10 are Canadian, 3 are Australian, 1 is from New-Zealand and 11 Polish soldiers.

Two Spitfire pilots
On September 25 the Canadian No. flew. 441 Squadron three sorties above the Venlo / Nijmegen area. Some pilots took off three times that day. Flight Lieutenant Bernard Boe had flown that morning at 10:45 am and took off again at 2:35 pm, along with nine other pilots of his squadron, including Flight Sergeant Osman McMillan. Both pilots would not return.

The squadron lost the two Spitfires that day. McMillan landed at the Schoolstraat / Groesbeekseweg intersection in Malden and Boe at the Beekseweg in Babberich. Another Spitfire was damaged and had to land its plane at the airport of Eindhoven.

Both McMillan and Boe are buried in the cemetery in Mook and in grave II respectively. A. 6. and grave III. C. 10. 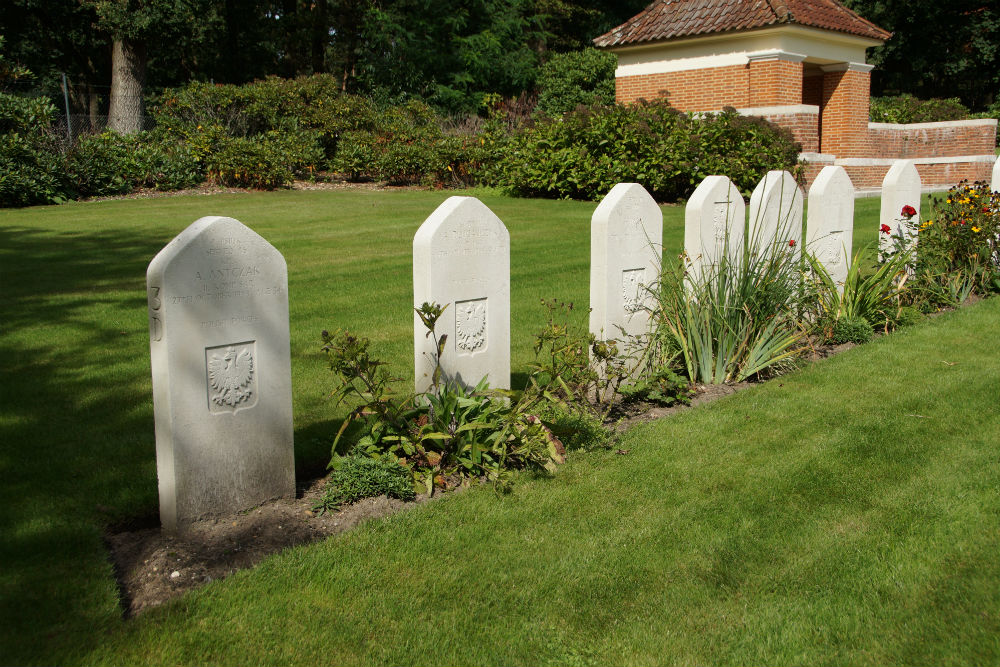 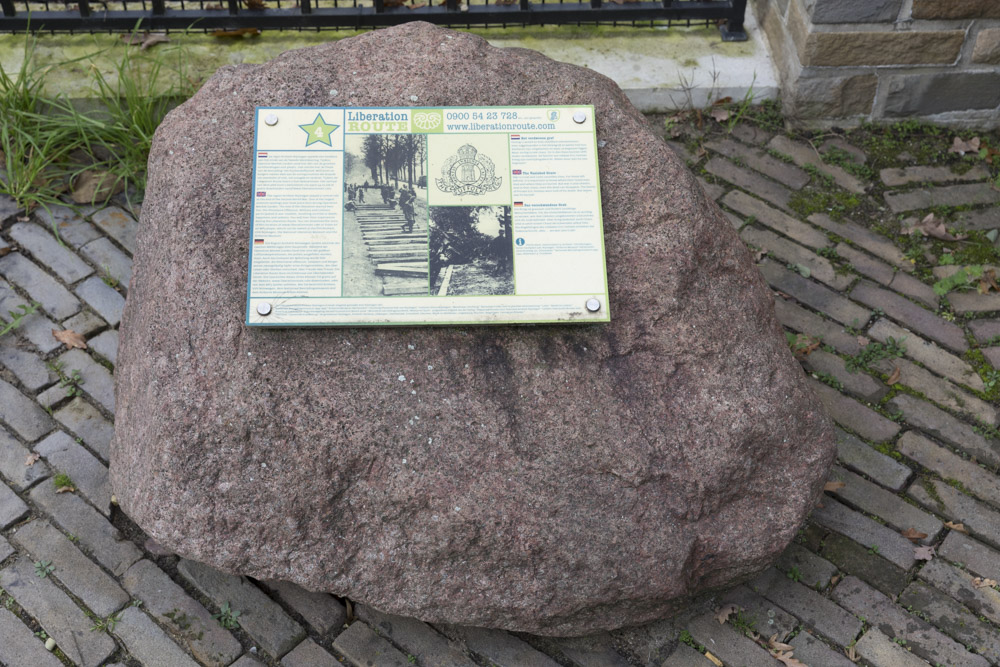