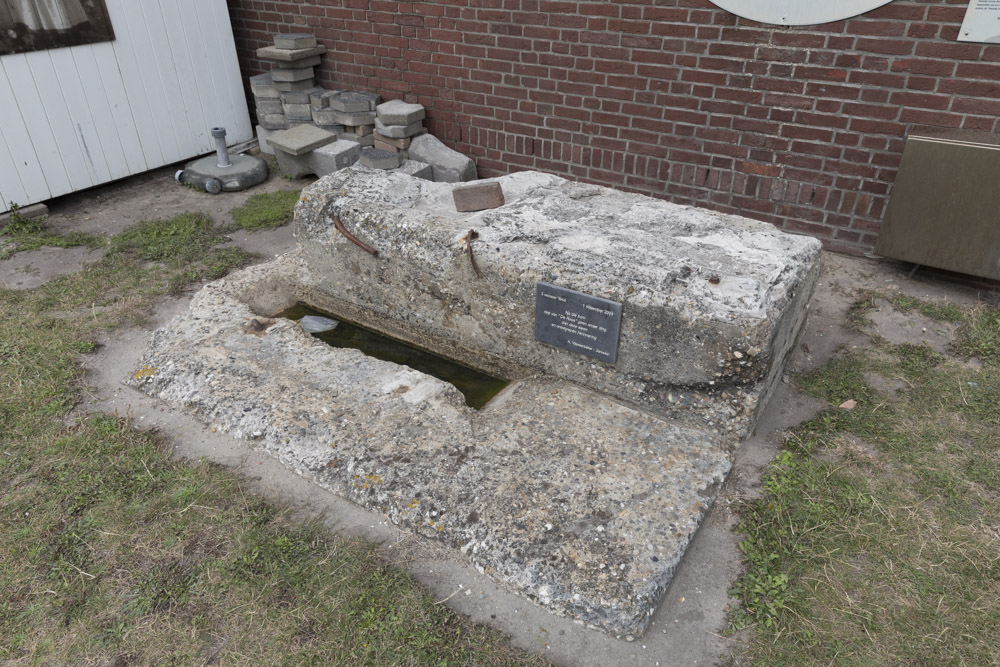 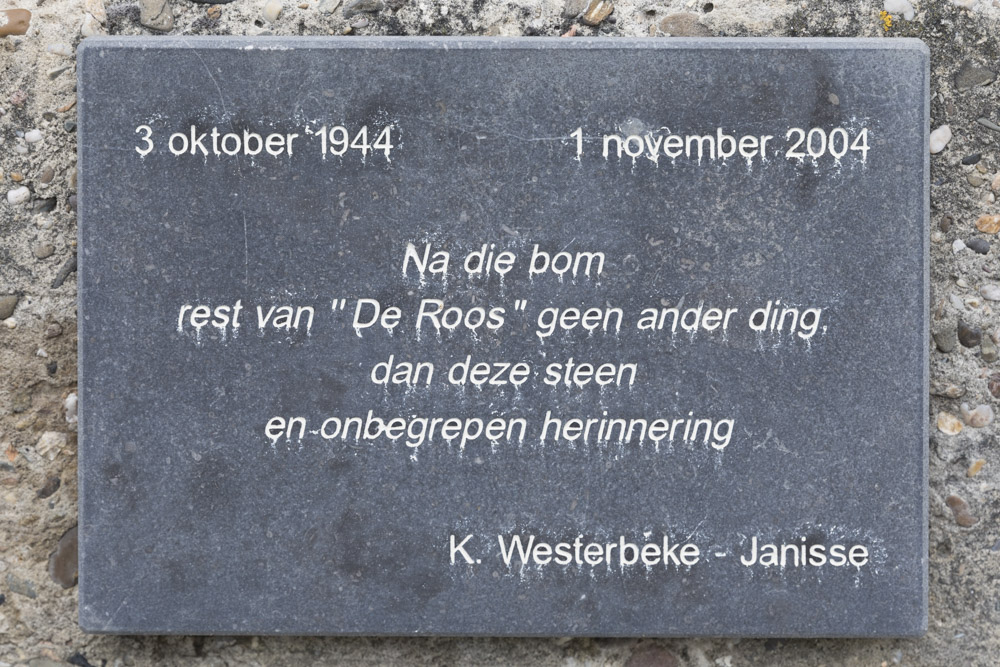 On 1 november 2004, after the opening ceremony of the new Polderhuis a memorial was unveiled in memory of the 44 people who died in the mill "The Rose".
On October 3 1944, 47 people sought protection against the impending bombing of the dike, in the basement of the mill. Also the miller himself Bram Theune and his wife were present at the basement.

Caused by the bombing, the mill was completely destroyed and only 3 people survived the bombing. Kornelia (Corrie) Janis, one of the three surviving and here baby of 11 months old were rescued from the mill.
Her mother, who was stuck among the debris, could push her over the top of the basement. Her mother died among the 44 other people in the basement.

The memorial is a remnat of the concrete foundation of the powerhouse of the mill, which is located in the garden of the Polderhouse.
On the stone is a plaque affixed with a text, created by the surviving Corrie Janis herself.
On October 3 1944 to 1 november 2004
After that bomb
rest of "The Rose" no other thing
then this stone
and misunderstood reminder.
K. Westerbeek - Janis.