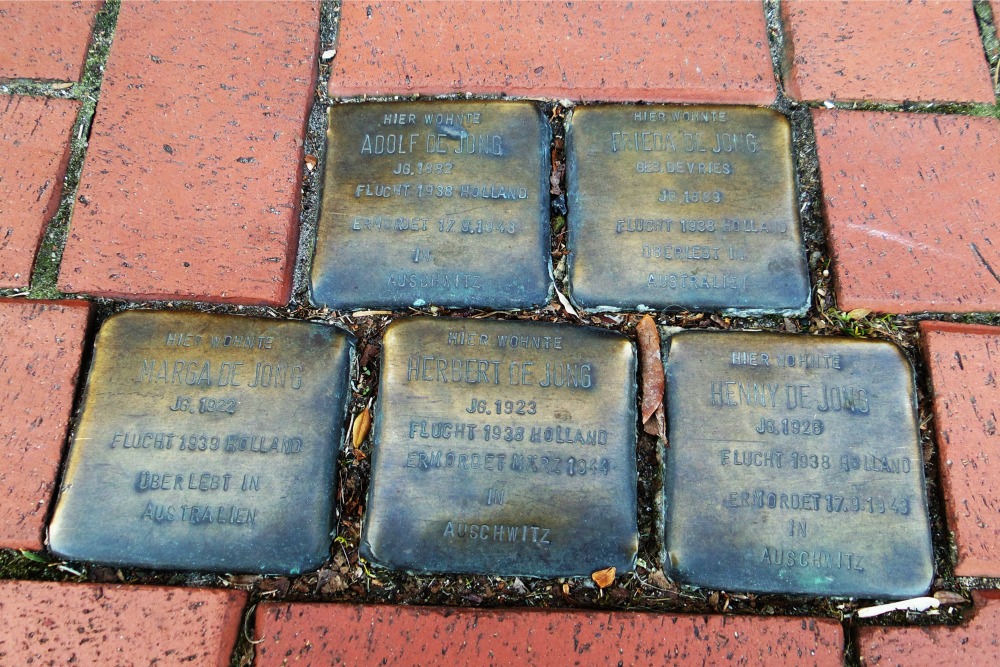 Adolph de Jong and Frieda Devries married and had 3 children -- Marga, Herbert and Henny. Frieda and Marga went first to Holland and then on to Australia, where Frieda died at age 75 and where Marga died at age 85.

Adolf De Jong was held in Westerbork from March 1940 until 14 September 1943, when he was deported to Auschwitz. He was killed there 3 days later.

After living in Winterswijk, Netherlands, Herbert de Jong was imprisoned in Westerbork from November 1942 until 14 September 1943, when he was deported to Auschwitz and killed 3 days later at age 20.

Henny (Henriette) was taken from an orphanage in Arnhem and killed in Auschwitz at age 16.