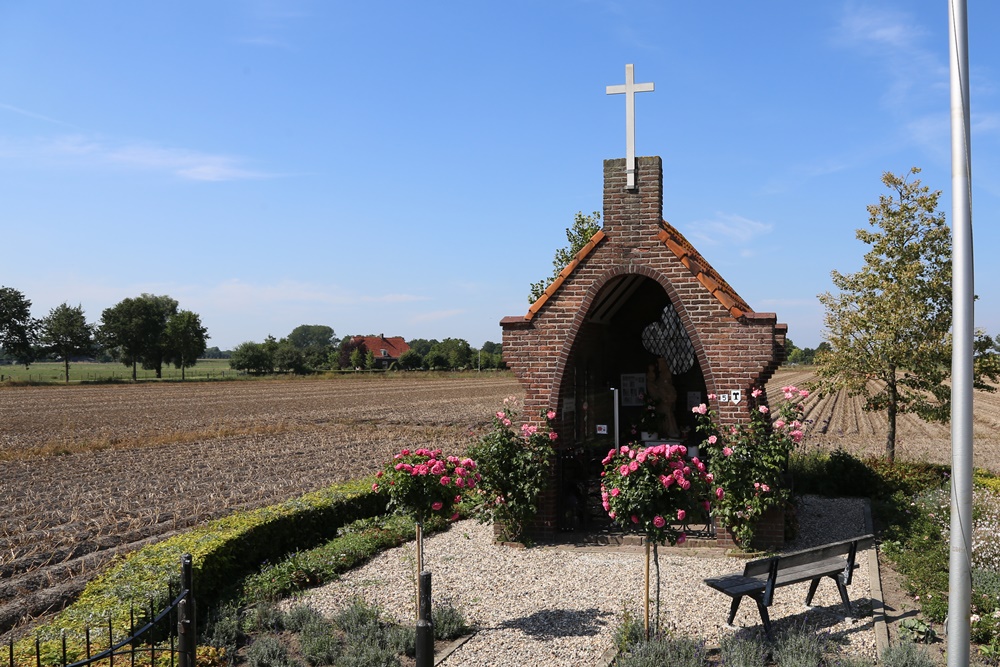 Chapel on "The Heuvel"

On and around "The Heuvel", between September and October 1944 a fierce battle was fought between the German and British Infantry and Tank Units.

As a memorial of this, in 1946 a chapel was build. The Chapel was designed by Charles Estourgie. It was devoted to Marie on August 17th 1946 and named "Our Lady of the Flowering Betuwe".

Until the end of the 60's in the 20th century a annual procession was made from Bemmel to the Chapel.

Still this Chapel is being visited by many to remember, specially round the National Memorial Day (May 4th).