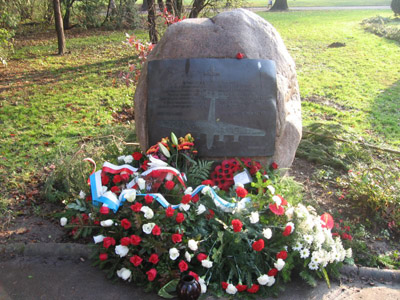 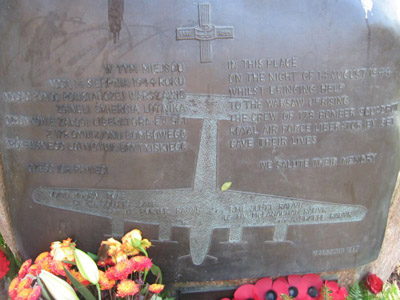 This memorial stone commemorates the crew of the Liberator bomber EV 961, which was taken down in the night of 14 August 1944 above Warsaw. The inscription on the stone reads:

"ON THE NIGHT OF 14 AUGUST 1944
WHILST BRINGING HELP
TO THE WARSAW UPRISING
THE CREW OF 178 BOMBER SQUADRON
ROYAL AIR FORCE LIBERATOR EV 961
GAVE THEIR LIVES."

"WE SALUTE THEIR MEMORY"