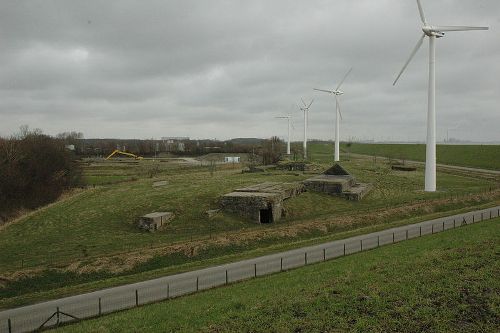 Fort de Ruyter, a coastal fort, is located east of the Outer Harbour in Flushing and has never been completed. The construction started in 1913, in the context of maintaining the neutrality of the Netherlands. End of 1915 the work on the fort were halted and resumed in 1917. After the First World War, it was decided not to build the fort because of the changed war tactics.