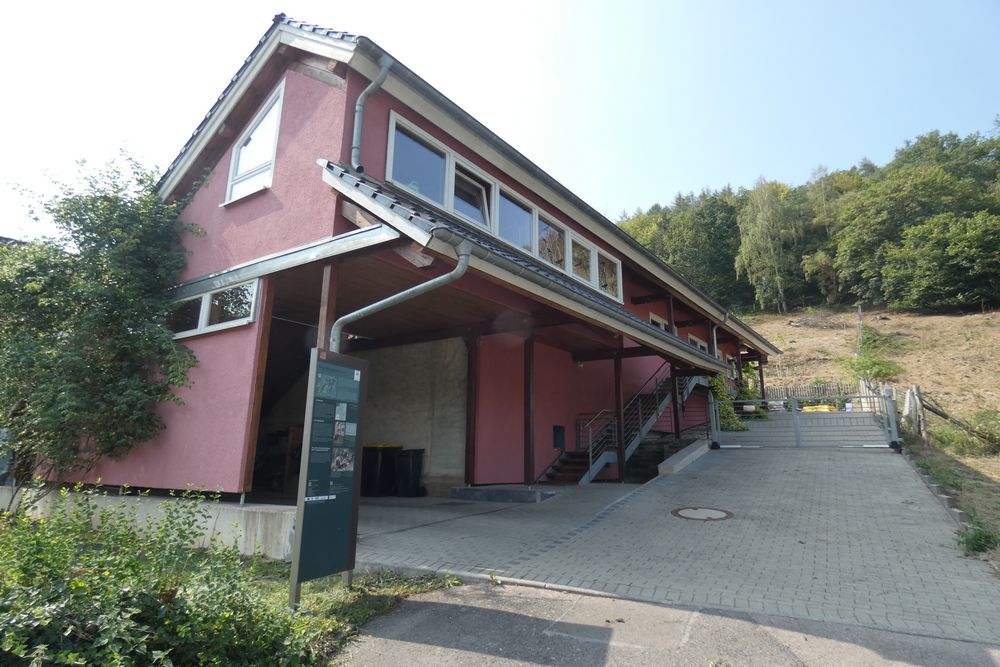 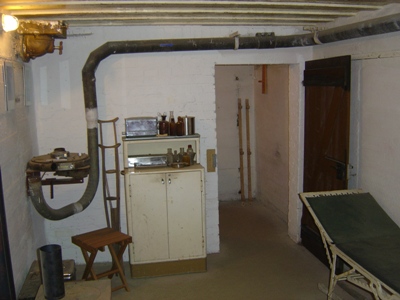 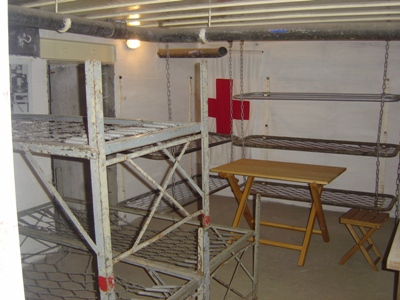 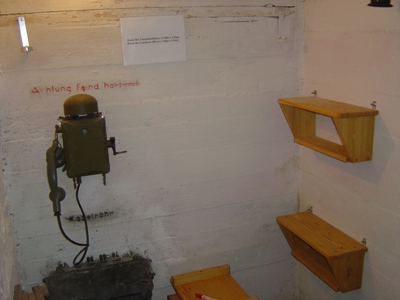 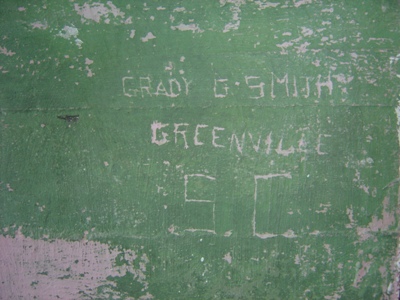 This is a original hospital bunker (No. 374). There are two rooms with each 10 hospital-beds and two rooms wich two beds for the medics. There are also several other rooms.

The interior of this bunker is almost fully original. The bunker was used as the fundament of a house.

Sightings are being handled by the museum 'Hürtgen 1944 und im Frieden' in Vossenack. The bunker is situated a little north of the parkingplace in the middle of Simonskall.