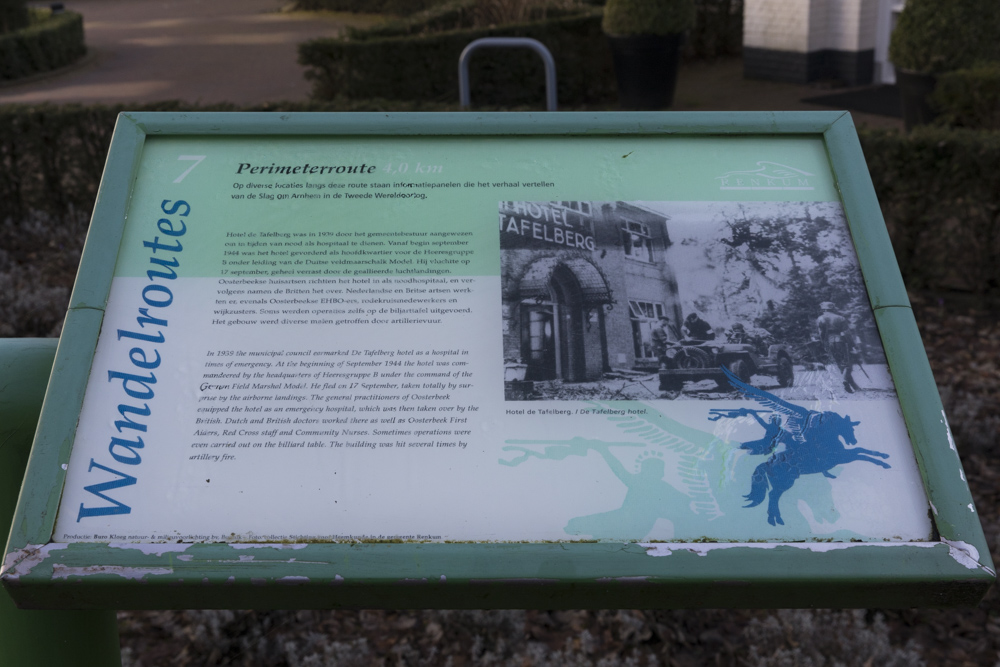 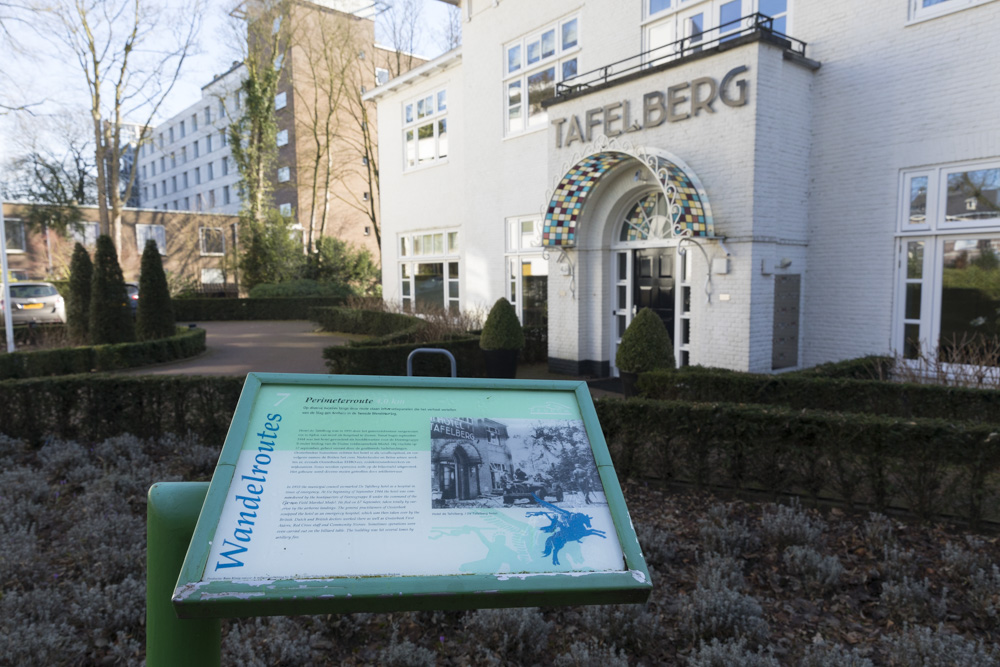 In 1939 the municipal council earmarked De Tafelberg hotel as a hospital in times of emergency. At the beginning of September 1944 the hotel was commandeered by the headquarters of Heeresgruppe B under the command of the German Field Marshal Model. He fled on 17 September, taken totally by surprise by the airborne landings. The general practitioners of Oosterbeek equipped the hotel as an emergency hospital, which was then taken over by the British. Dutch and British doctors worked there as well as Oosterbeek First Aiders, Red Cross staff and Community Nurses. Sometimes operations were even carried out on the billiard table. The building was hit several times by artillery fire.