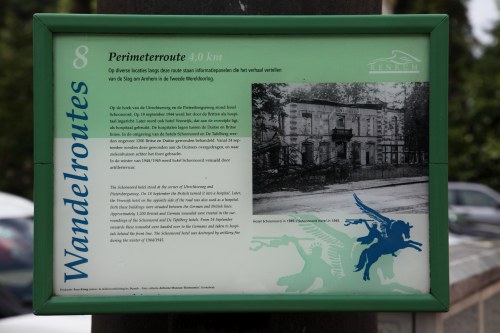 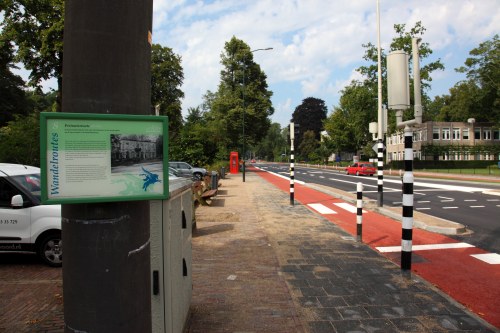 The Schoonoord hotel stood at the corner of Utrechtseweg and Pieterbergseweg. On 18 September the British turned it into a hospital. Later, the Vreeswijk hotel on the opposite side of the road was also used as a hospital. Both these buildings were situated between the German and British lines.
Approximately 1,200 British and German wounded were treated in the surroundings of the Schoonoord and De Tafelberg hotels. From 24 September onwards these wounded were handed over to the Germans and taken to hospitals behind the front line. The Schoonoord hotel was destroyed by artillery fire during the winter of 1944/1945.