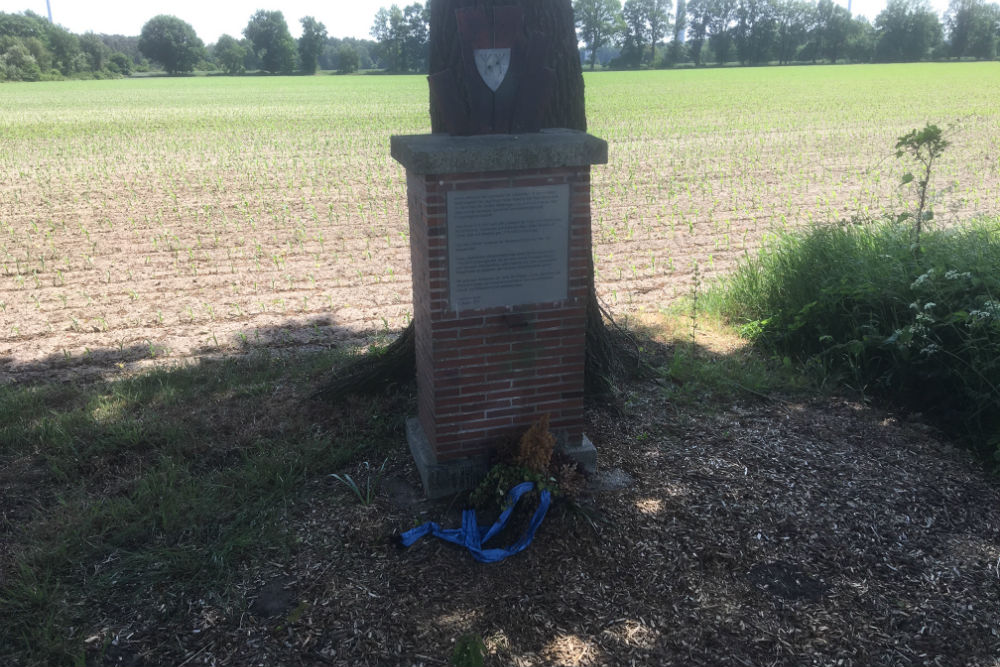 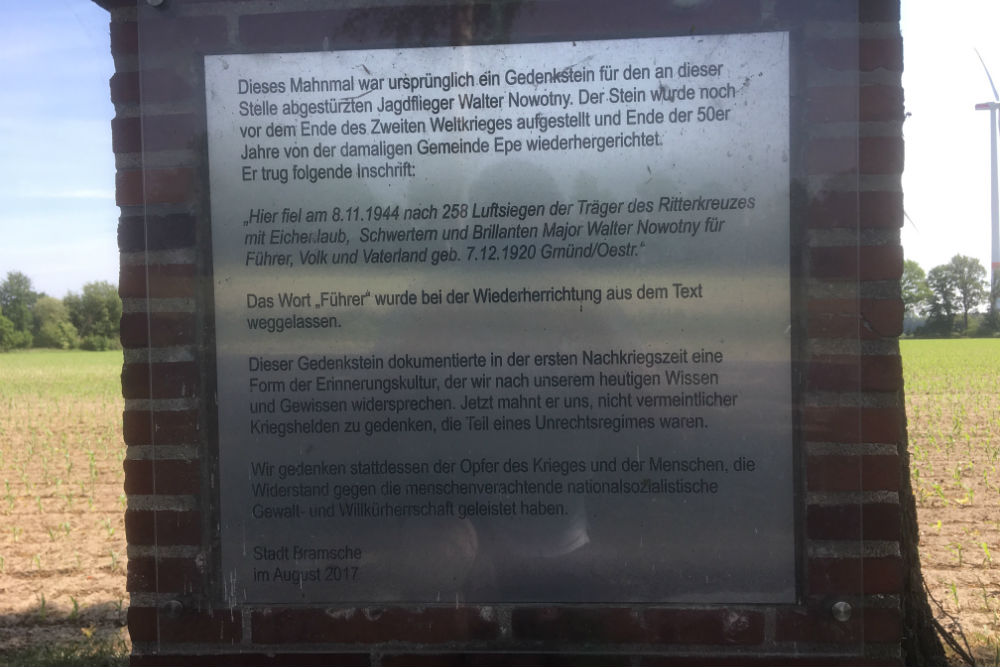 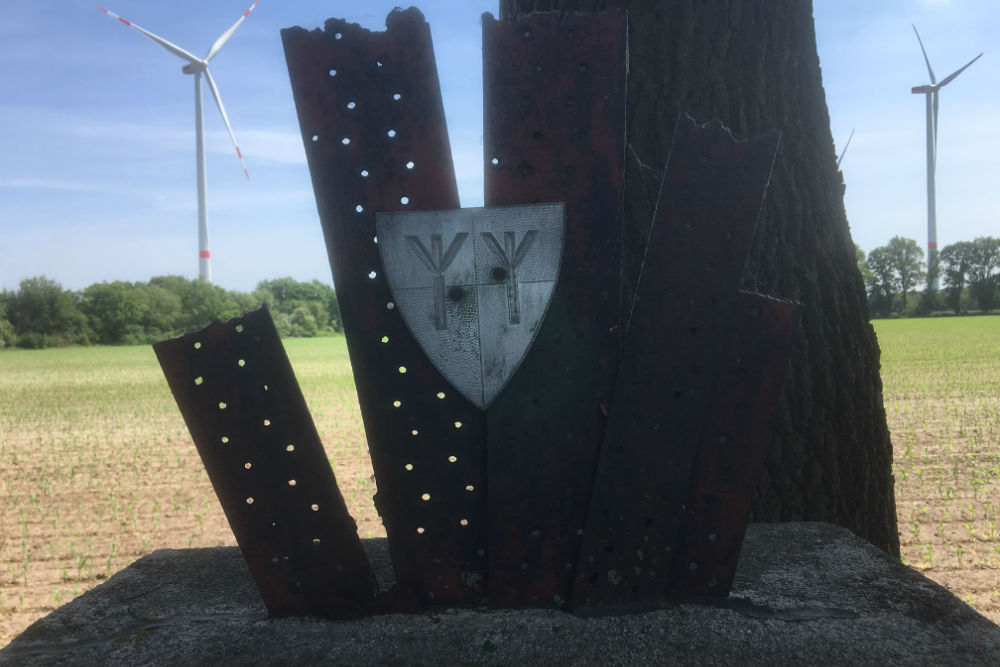 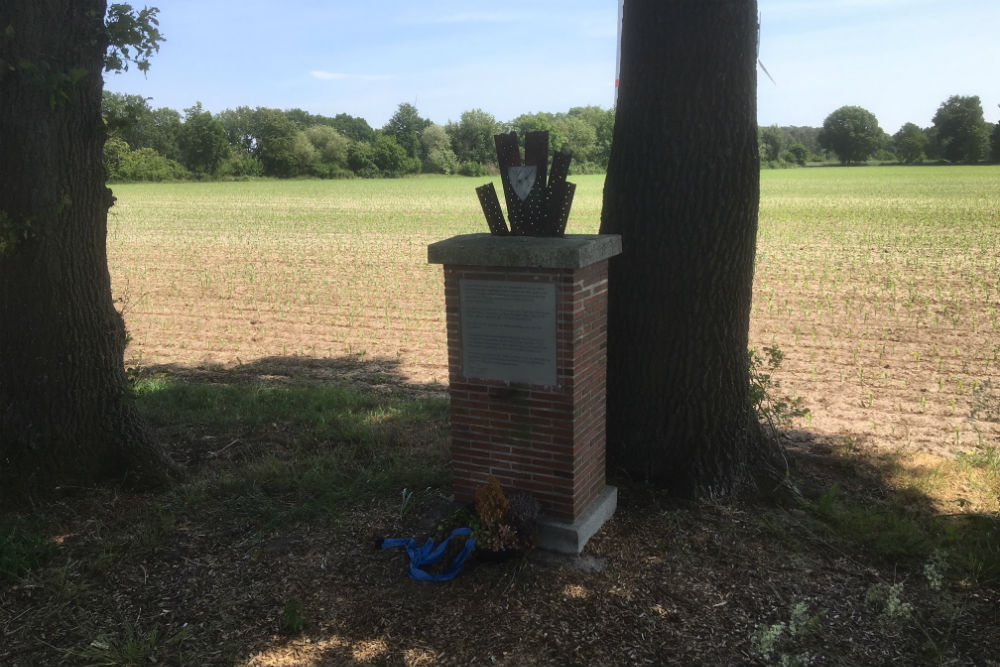 In August 2017 the text on the memorial was replaced by the City of Bramsche. The text on the new commemorative plaque reads as follows:

This memorial was originally a memorial stone for the crashed at this point fighter pilot Walter Nowotny. The stone was erected before the end of the Second World War and restored in the late 50s by the then municipality of Epe. It wore the following inscription:

"Here fell on 8.11.1944 after 258 air victories the bearer of the Knight''s Cross with oak leaves, swords and briliants Major Walter Nowotny for Führer, people and fatherland

The word "Führer" was omitted from the text at the time of the re-creation. In the first post-war period, this memorial stone documented a form of remembrance culture that we disagree with according to our present-day knowledge and conscience. Now it urges us not to commemorate supposed war heroes who were part of a regime of injustice. Instead, we commemorate the victims of the war and those who resisted the inhumane National Socialist rule of violence and arbitrariness.