Labourcamps Diever A and B 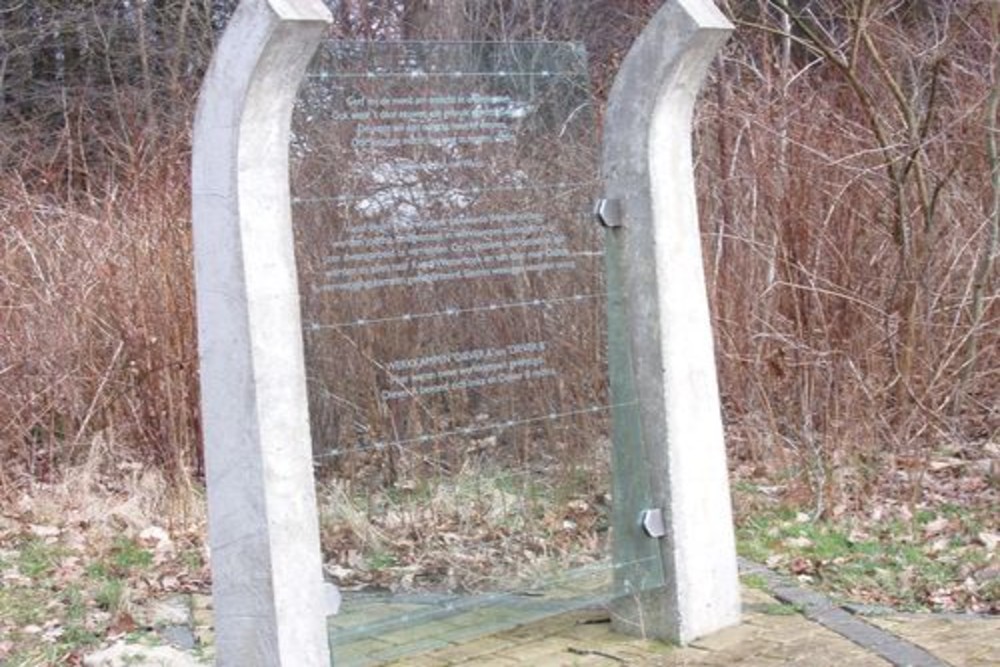 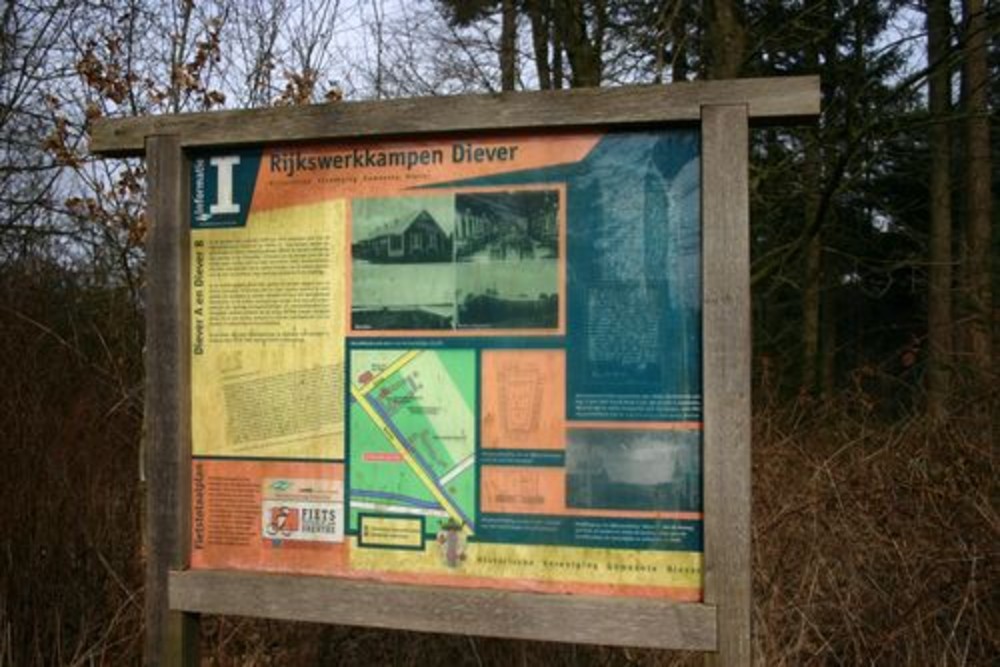 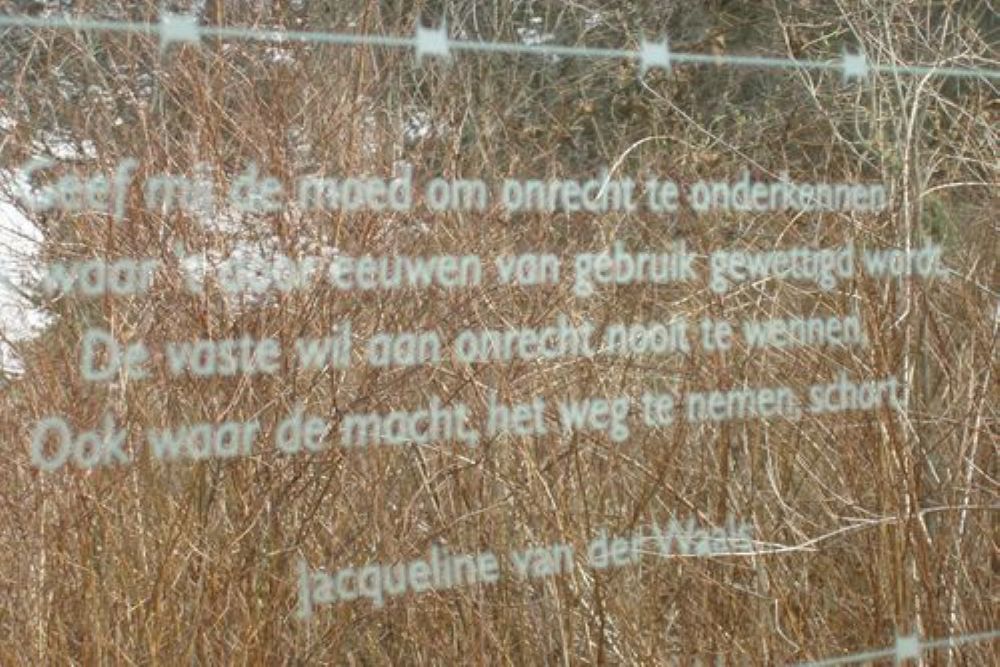 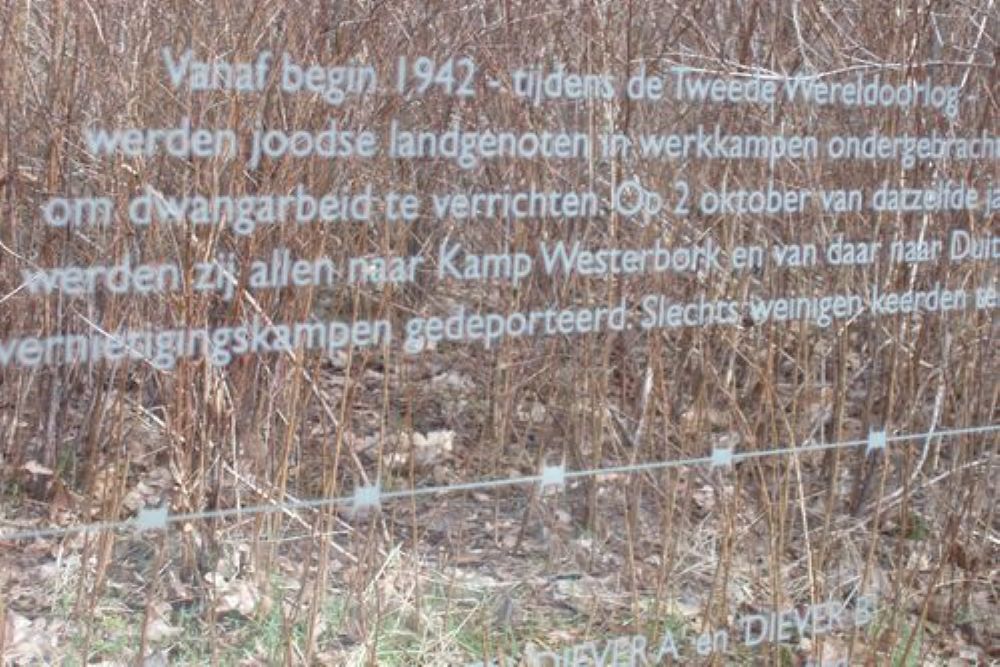 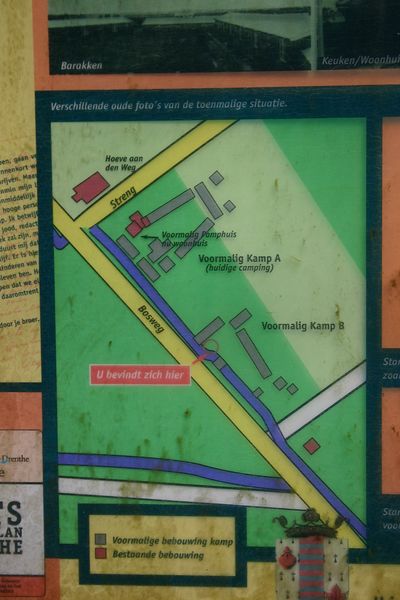 A text by Jacqueline van der Waals has been placed on the memorial plaque:

'GIVE ME THE COURAGE TO UNJECT
ALSO WHERE IT IS LEGALIZED BY CENTURIES OF USE,
ALSO WHERE THE POWER TO TAKE IT AWAY, APRON. '

In 1942, fifty Jewish labor camps were established in the Netherlands. The camps were the vestibule of Westerbork and have been in use for nine months. Rijkswerkkamp Diever A and Diever B near Oude Willem was one of them. 150-200 men between the ages of 18 and 65 stayed in each camp. The camps were located in remote areas in Drenthe and Friesland, far away from the Randstad where most of the Jews lived. The able-bodied men were thus isolated. The occupier used an infrastructure that was already there. In the 1930s, the camps were built as part of the job creation. To avoid a fuss, the occupier did everything in its power to make the herd of Jewish men look like something similar. The men had to dig up heather or build roads under the leadership of the same organization as before the war: the National Service for Work Expansion. The supervision of the work was in the hands of the Nederlandsche Heidemaatschappij and the Dutch were also in charge in the camp itself.

At the beginning of 1942 the camp residents were still relatively free. The men held colorful evenings and were allowed to walk through the village. The regime in the camps gradually became stricter in 1942. There was less food. In the night of 2 to 3 October 1942 (during Soekot) the men of all 50 camps had to leave in a hurry. At the same time their wives and children were taken from their homes. In one night, more than ten thousand Jews ended up in Westerbork. They were subsequently killed in the gas chambers of Auschwitz and Sobibor.