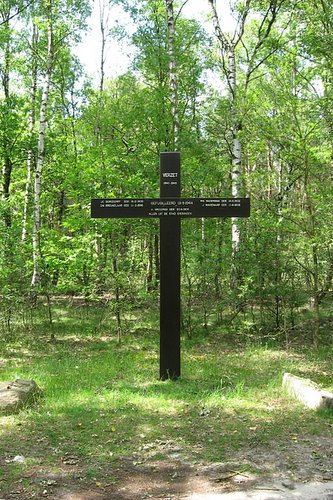 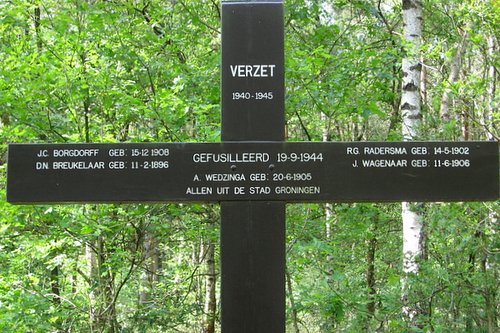 This monument can be found at the beginning of the Burg. J.v.Rooijenpad in the boswachterij Exloo at the Hondsrug between Emmen and Borger. (boswachterij is best described as a forestry, a protected area).
A simple wooden cross is the monument with the names of five victims, members of the resistance movement. These resistance fighters were unknown to each other, they were arrested independent from each other in the course of the month of September and imprisoned in the Scholtenhuis in Groningen.
A sixth resistance fighter survived the execution on 19 September, 1944 and was released.