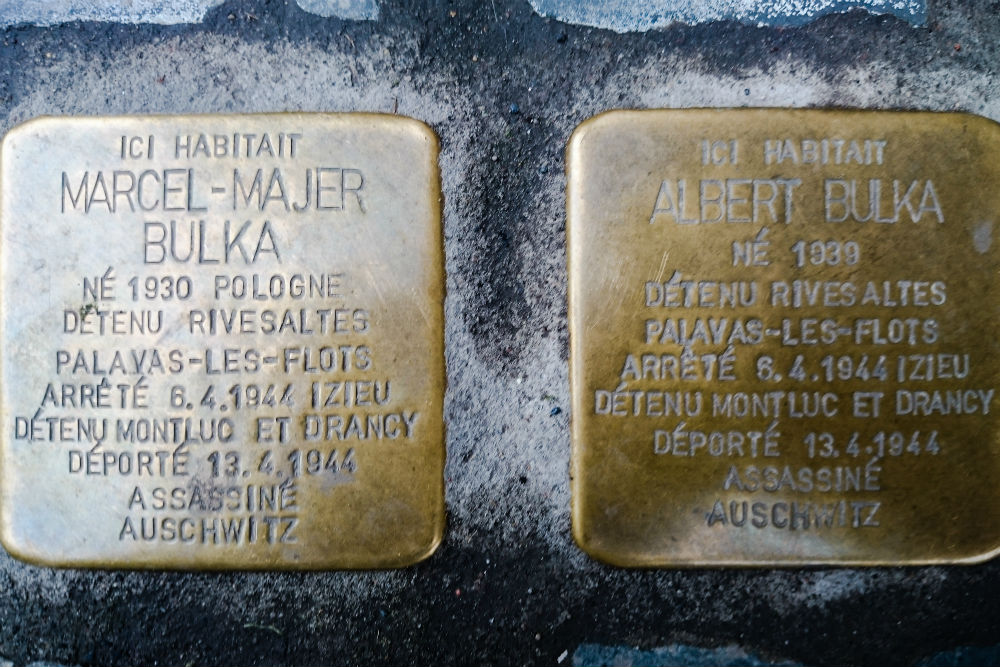 Marcel-Majer and Albert Bulka were boys, ages 13 and 4. The timeline for their family isnt clear. They and their parents (Moshe/Mosiek-Cham and Raizel/Roizel) were detained in Rivesaltes for a while. The boys then went to an OSE [Oeuvre secours aux enfants] group home in Palavas-les-Flots, France. Their parents were apparently moved around separately and killed before the boys. Their mother was taken from Rivesaltes to Drancy, deported in September 1942 to Auschwitz and murdered there. Their father was taken from Rivesaltes to Gurs and then deported first to Drancy in March 1943 and then to a death camp (Auschwitz, Majdanek, or Sobibor).

At some point, Marcel-Majer and Albert were moved from Palavas-les-Flots to another OSE childrens home, "Maison dIzieu." Izieu was somewhat remote and considered safer than other refuges, but it was found. On orders from Klaus Barbie (the "Butcher of Lyon"), the Gestapo arrested all 44 children and 7 caretakers, threw them into trucks and took them to the Montluc prison in Lyon, before deporting them to Drancy. Then, 42 of the children, including Marcel-Majer and Albert, were quickly deported in April 1944 to Auschwitz where they were gassed. The remaining 2 children were sent with their father, one of the Maison dIzieu managers, to Estonia where all 3 were shot.

The US Holocaust Memorial Museum has a photo at the childrens home in Izieu of Marcel-Majer and Albert Bulka along with their friend Alec Bergman, who is remembered with a stolperstein at Rue Grétry 229 .