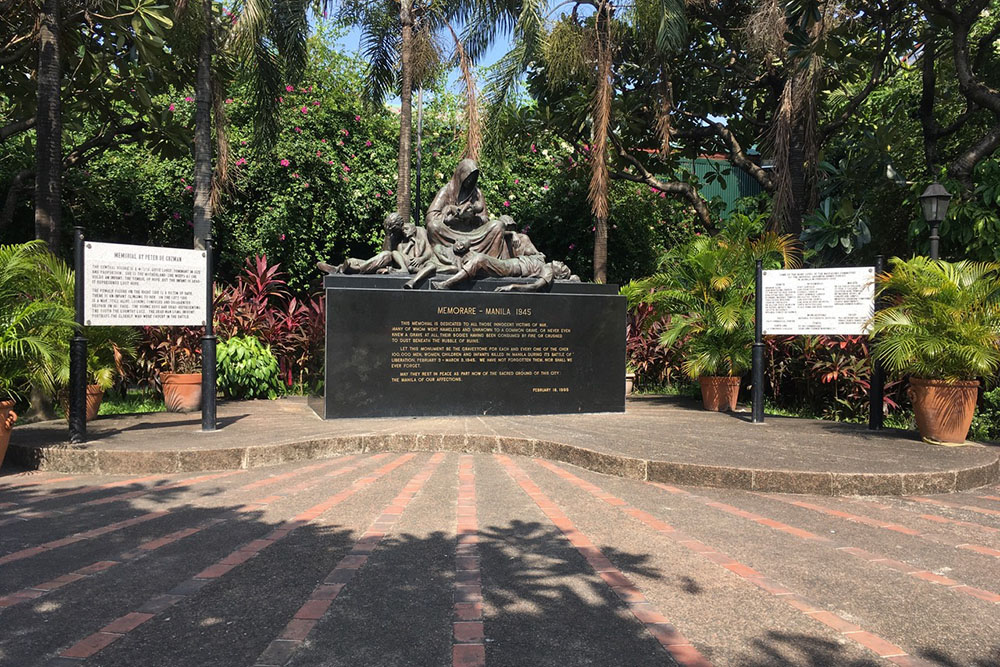 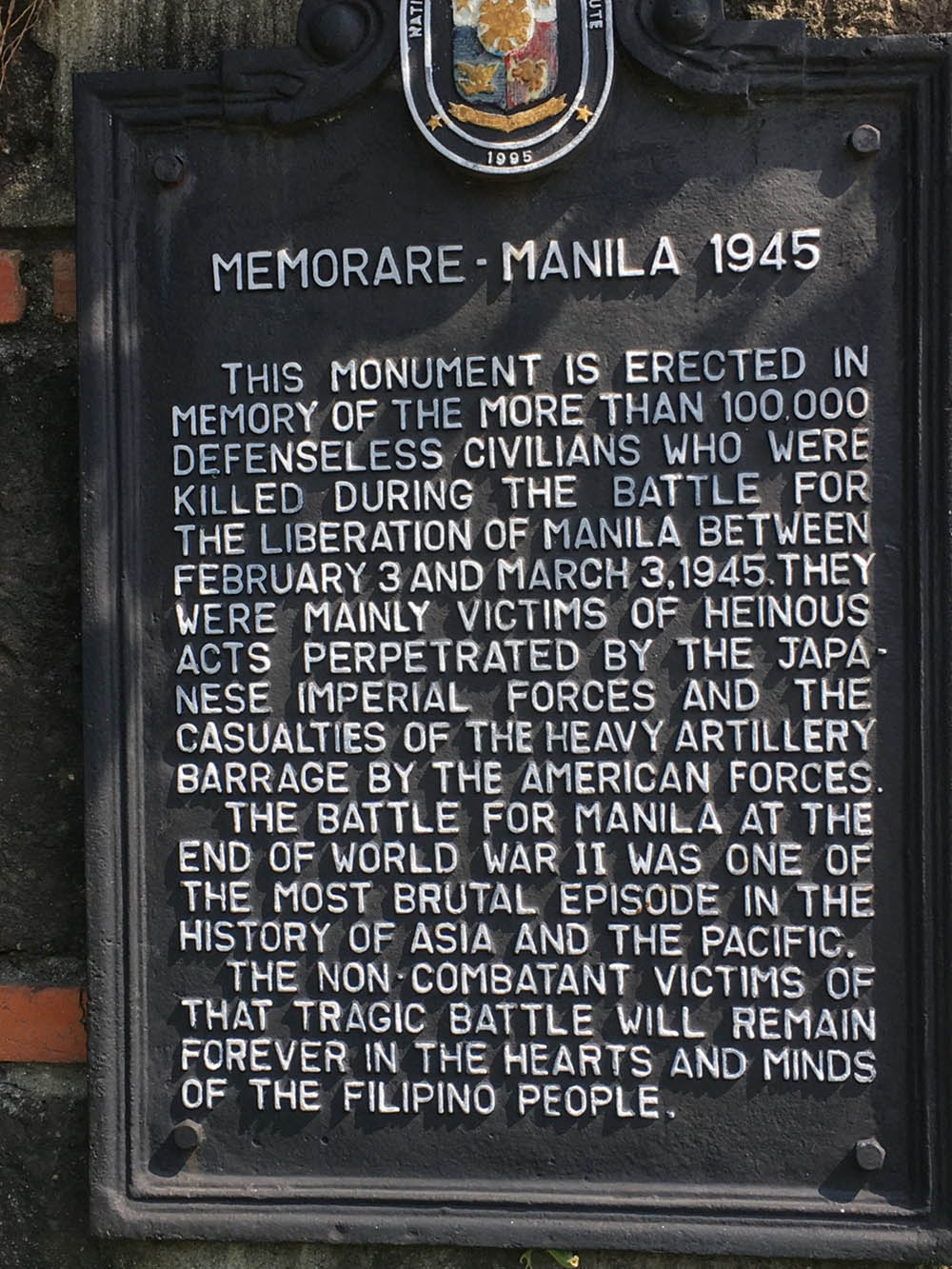 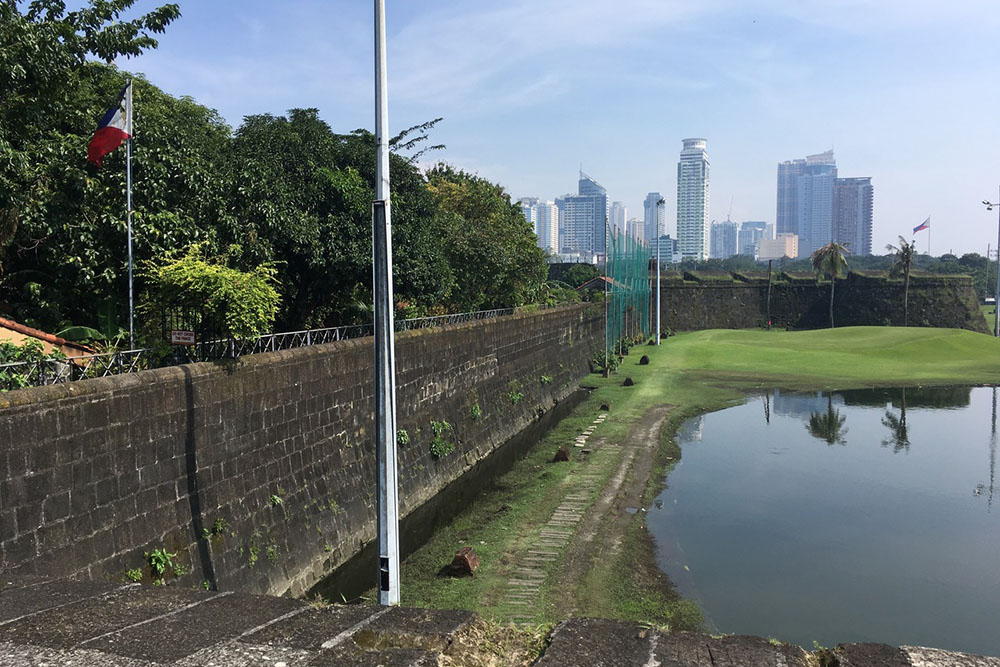 In the section of downtown Manila known as Intramuros (within the walls of the old city fortress), some of the worst urban fighting took place in 1945 in February-March 1945, when Allied and American forces fought to retake the city from the Japanese.

Atrocitiesof a kindwere committed by both armies, which resulted in the deaths of some 100,000 civilians in the month-long battle.

Today Intramuros is a pleasant neighborhood, within the bustle of Manila (the walls still remain), and the section is easily covered on foot.

Around the base of the walls is a small golf course.

This memorial commemorates the citizens of Manila who perished during the battle of Manila. The text on the memorial reads:
"This memorial is dedicated to all those innocent victims of war, many of whom went nameless and unknown to a common grave, or even never knew a grave at all, their bodies having been consumed by fire or crushed to dust beneath the rubble of ruins."

"Let this monument be the gravestone for each and every one of the over 100,000 men, women, children and infants killed in Manila during its battle of liberation, February 3 - March 3, 1945. We have not forgotten them, nor shall we ever forget."

"May they rest in peace as part now of the sacred ground of this city: the Manila of our affections."