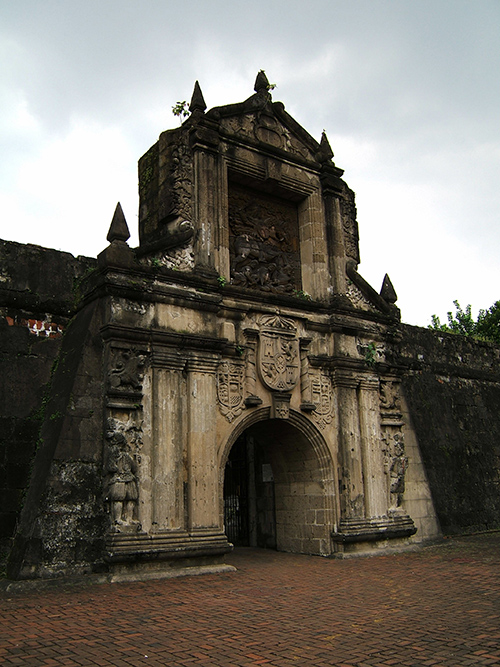 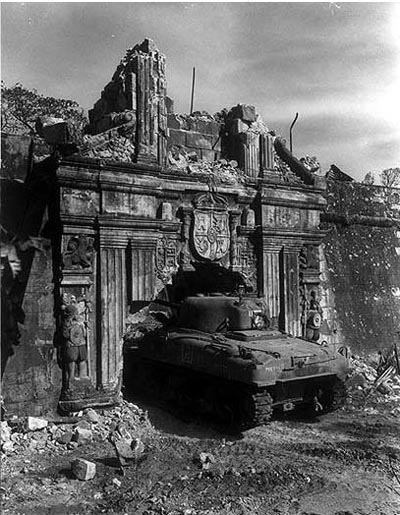 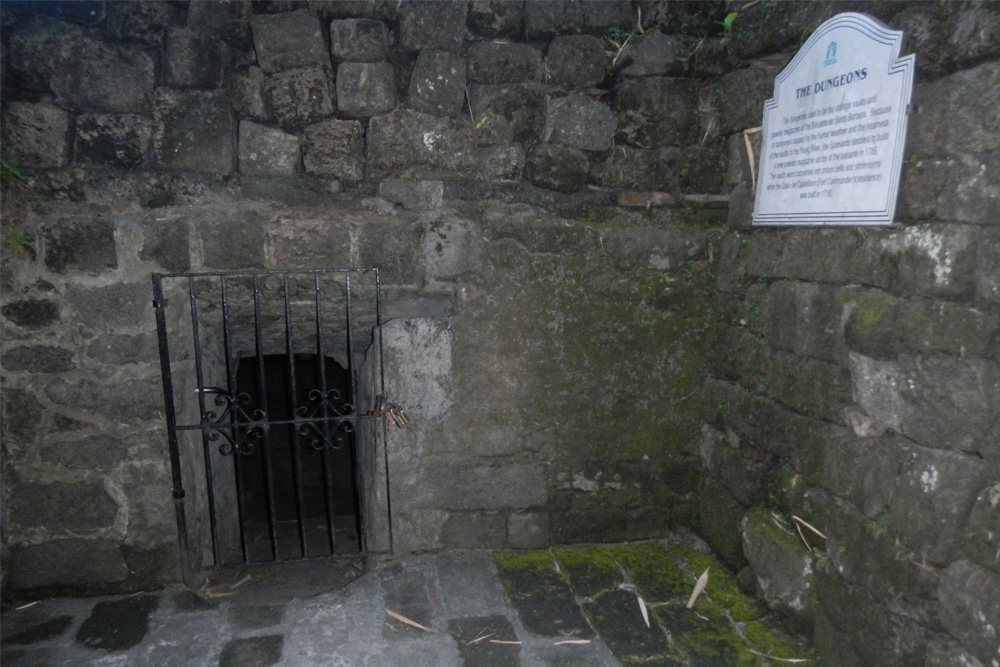 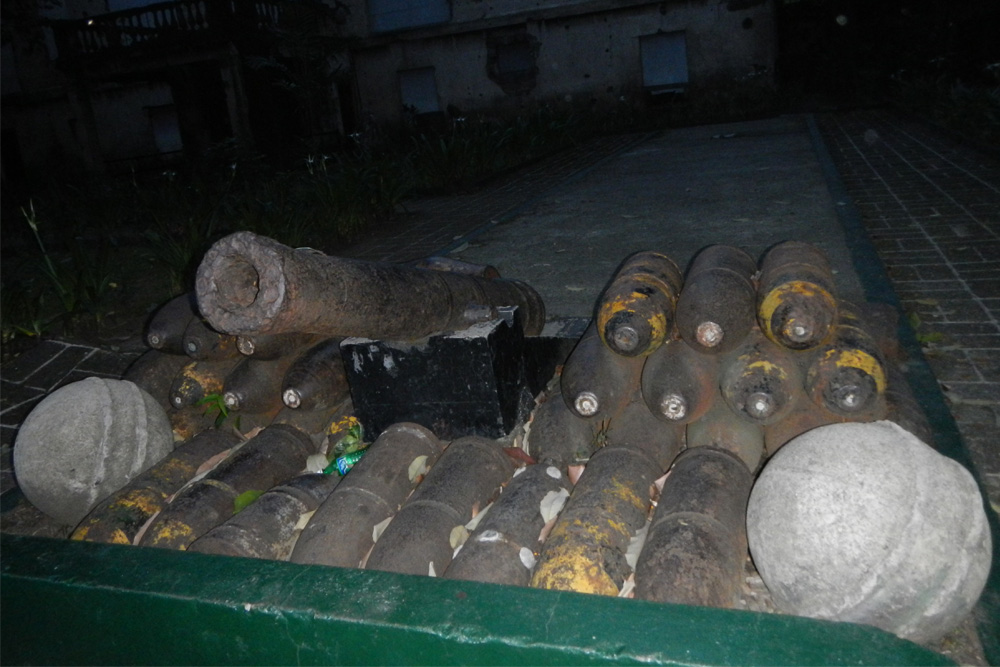 During the Japanese occupation of the Philippines, it was used as prison and the dungeons for torture of the inmates. The fort was heavily damaged by U.S. artillery fire during the Battle of Manila (3.2.1945 - 3.3.1945).

The fort today:
It was restored after the war and now it is a tourist attraction. It is possible to visit the dungeons.

The group of piled up grenades were left behind by the Japanese forces after the Battle of Manila in 1945. 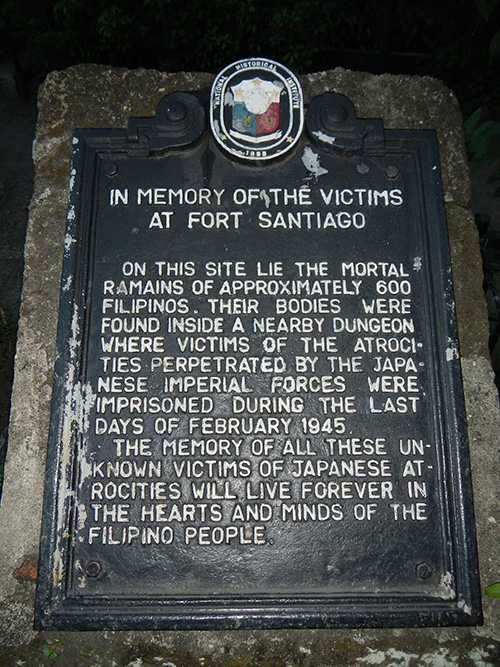 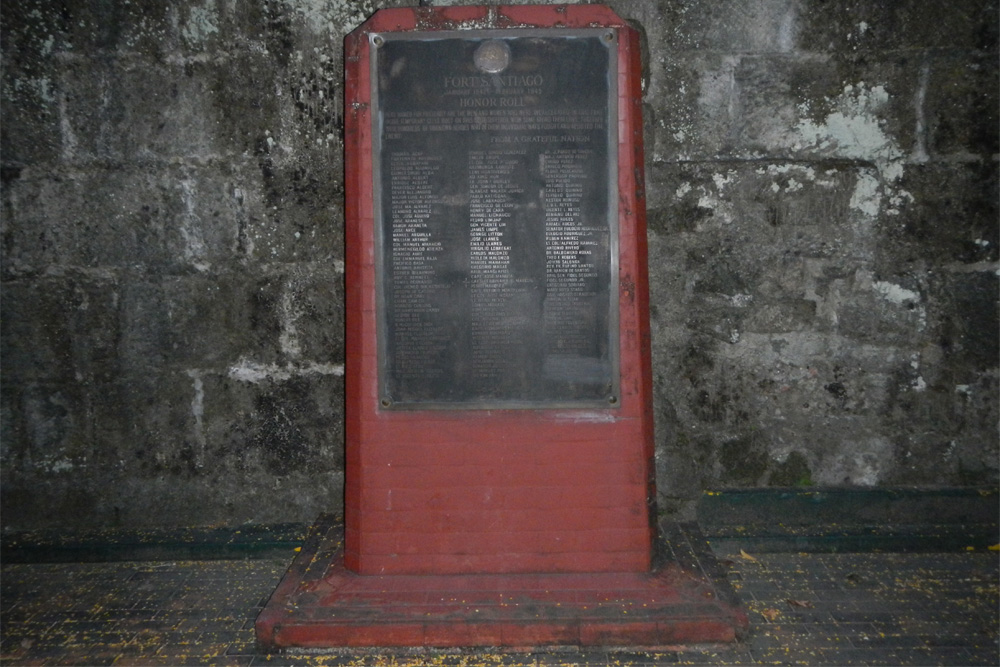