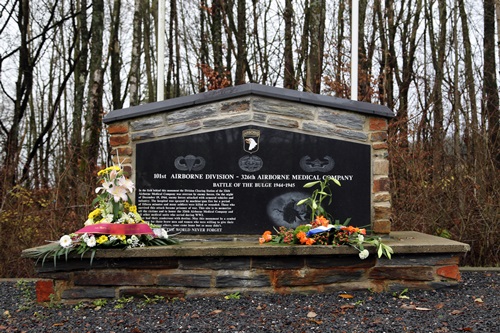 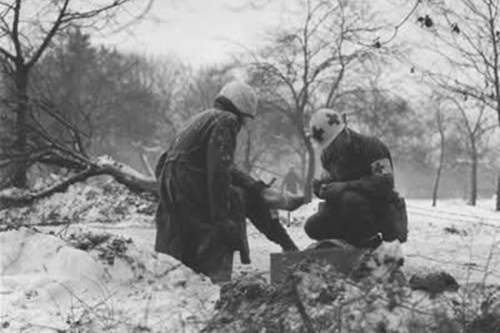 In the field behind this monument the Division Clearing Station of the 326th Airborne Medical Company was overrun by enemy forces. On the night of December 19, 1944, enemy forces attacked with armored vehicles and infantry. The hospital was sprayed by machine-gun fire for a period of fifteen minutes and many soldiers were killed or wounded. Those who survived this attack became prisoner of war. This site is to memorize all the victims and to honor the 326th Airborne Medical Company and all other medical units who served during WW2.
They had their rendezvouz with destiny. May this monument by a symbol of honor for those brave men and women who were willing to give their lives while saving others, some came home but so many didn't.
MAY THE WOLD NEVER FORGET."