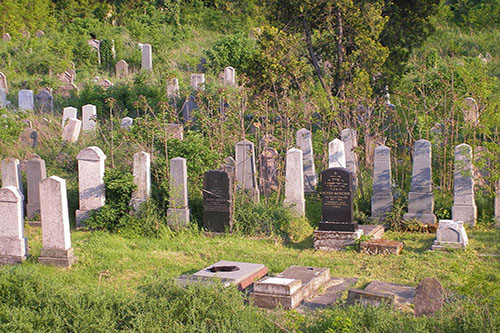 The Jewish cemetery of Komarno contains a mass grave with the remains of 114 Jews who were murdered in 1944. A chapel for Jews who fell in the First World War was was built in 1923. Plaques for WW2 victims were added after the Second World War.