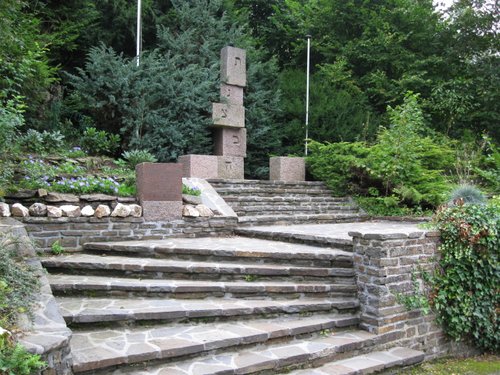 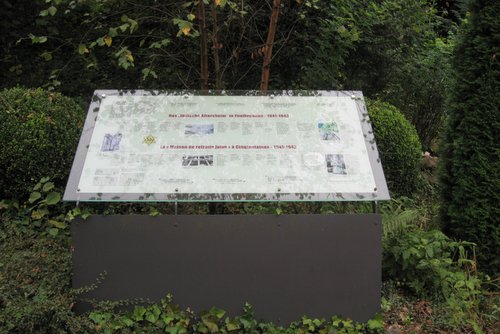 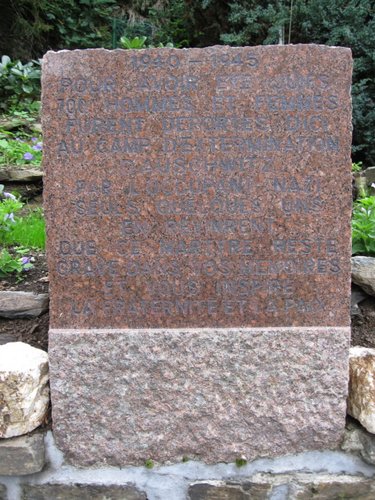 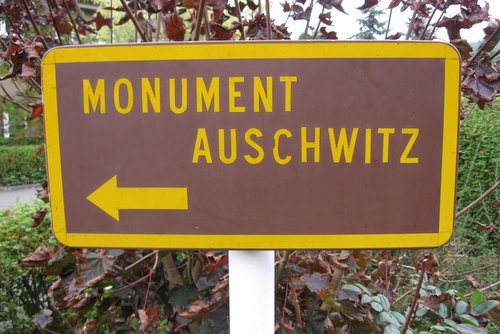 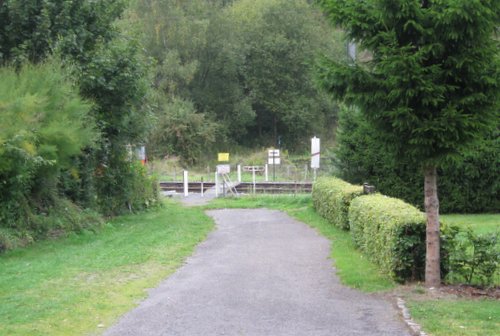 The Jewish memorial has been placed on the roadside towards the Cloister in Cinqfontaines and has been signposted with a sign saying "Monument Auschwitz" and an arrow in its direction (see picture nr 5).
Over 700 Jewish men, women and children have been carried away from this place.
On the information table a text in German and French says: Das "Jüdische Altersheim"in Fünfbrunnen - 1941  1943. (The "Jewish Home for the Aged" in Fünfbrunnen).
This history started on March 1941 and ended in 1943

6 July 1969
On the initiative of the Amicale
Auschwitz Luxembourg and
following the design of the artist and
former concentration camp prisoner
Lucien Wercollier, near the cloister
a monument was erected to memorize
all Jewish people that were deported
from Luxemburg

The 5 blocks of rose granite
from the quarry of the
concentration camp Struthof (in Alsace)
stacked randomly on top of each other,
symbolize
"a bent but standing up human"

Ever since, a memorial service
takes place here on the first
Sunday in July.
On the information table there is also a picture with below the text indicating that this is the very railway:
"The railway underneath the Cloister"