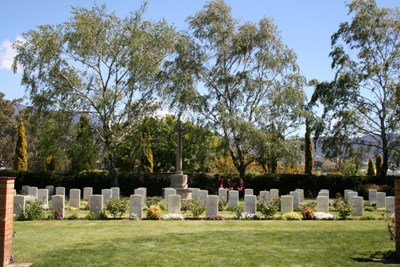 Of the Second World War graves, 42 are in a war graves plot, known locally as Hobart War Cemetery.

Also situated in the cemetery is the Hobart Crematorium, where 18 Second World War servicemen whose remains were cremated are commemorated and also the Tasmania Cremation Memorial, with the names of four men who were cremated elsewhere.