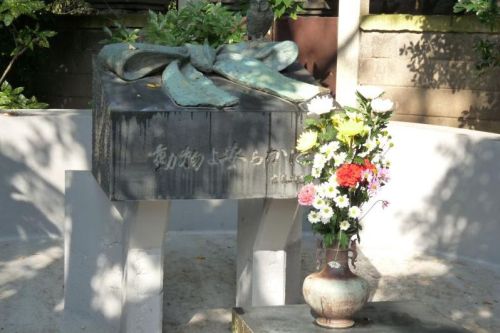 This monument remembers the zoo animals who were killed during World War 2 since 1943, formally because of the risk during air attacks, but actually to make the people of Tokyo aware of the coming of war violence to the Japanese main islands. A ceremony to commemorate the animals took place on 4 September 1943 in the zoo. Among the killed animals were three elephants about which a popular childrens book was written.