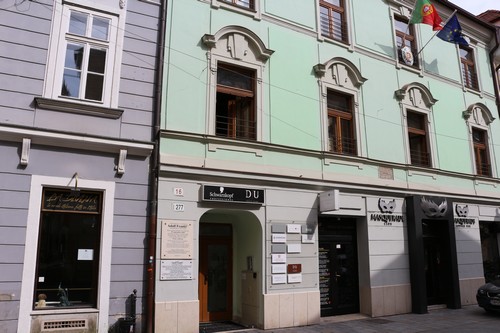 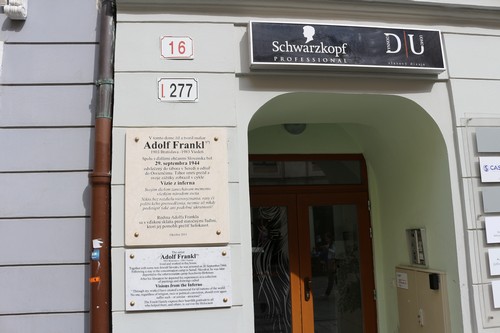 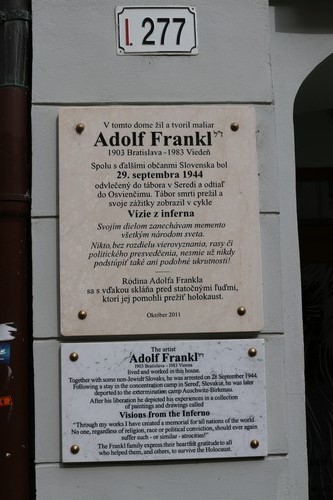 The artist Adolf Frankl lived and worked in this house. He was a survivor of the concentration camps Sered' (Slovakia) and Auschwitz-Birkenau, after being arrested in Bratislava on September 28, 1944.

After his liberation he depicted his experiences in paintings and drawings called 'Visions from the Inferno'.