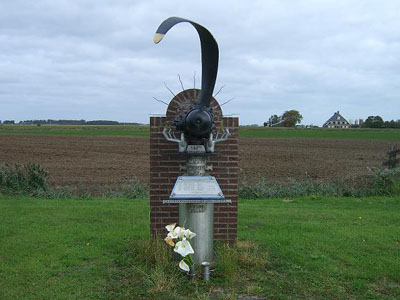 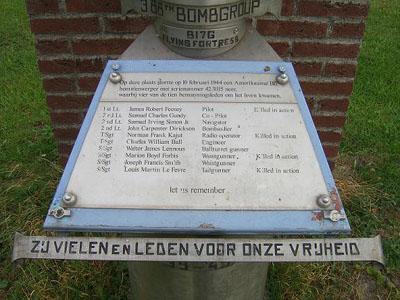 Near the Air War Museum Fortres Veldhuis is this memorial dedicated to the crew members of the B-17 Flying Fortress bomber which crashed on that spot in 1944. The text on the memorial reads:

THEY FELL AND SUFFERED FOR OUR FREEDOM