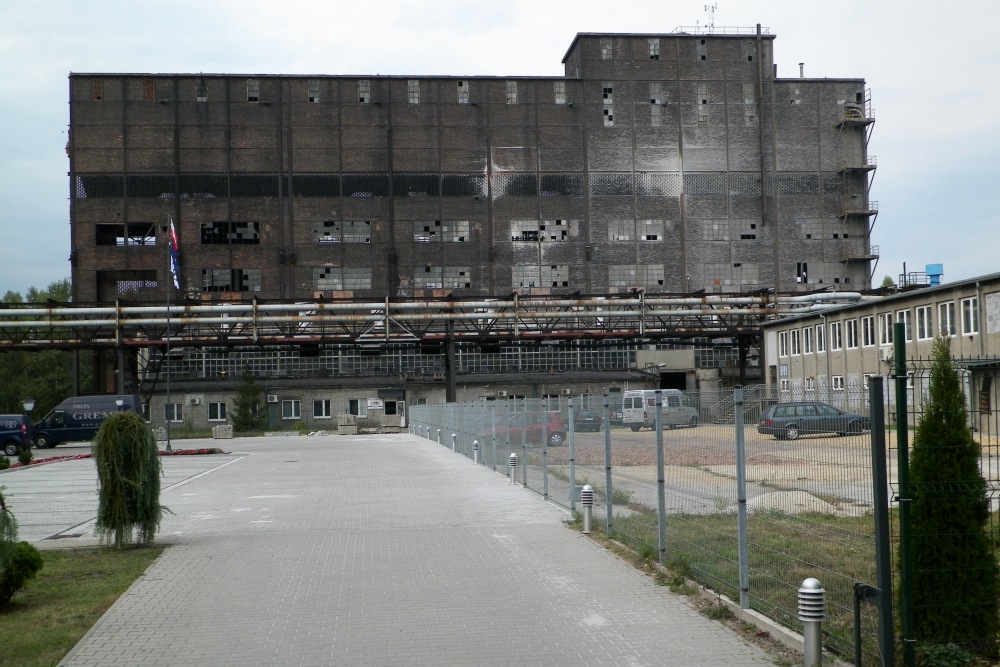 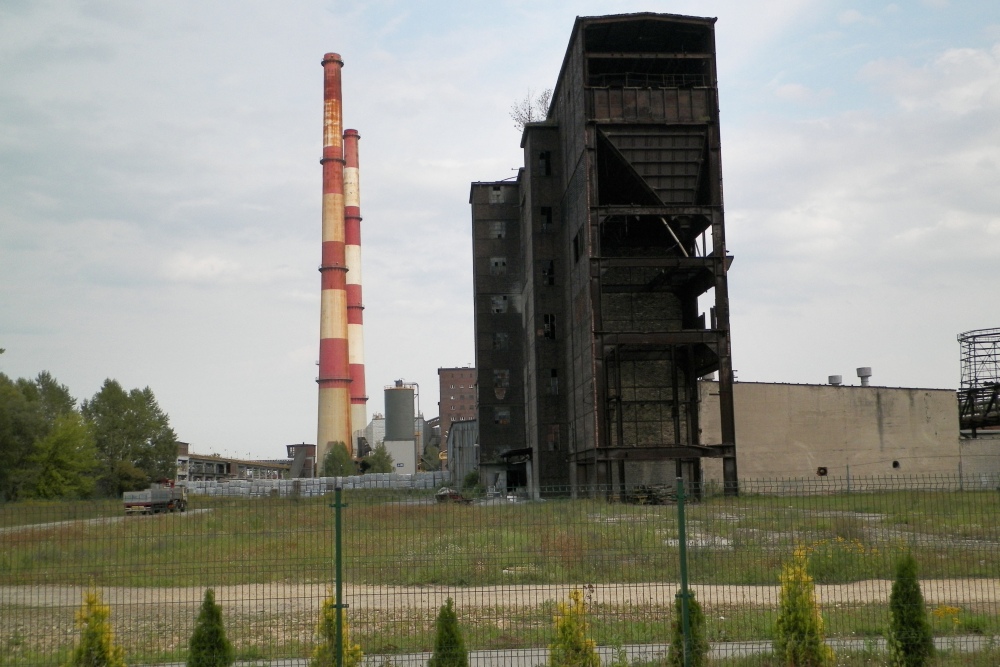 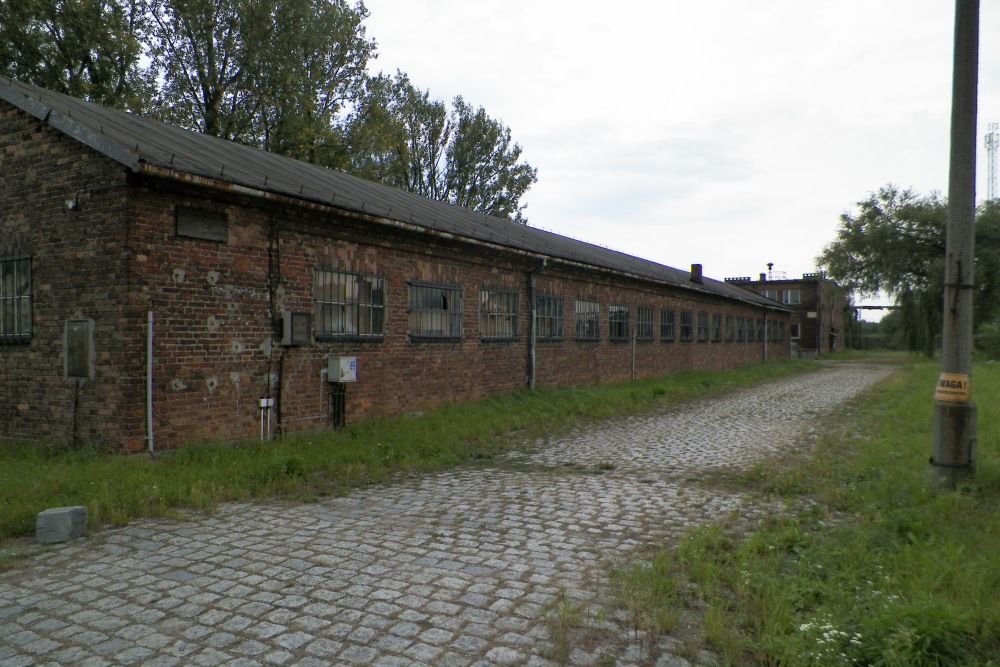 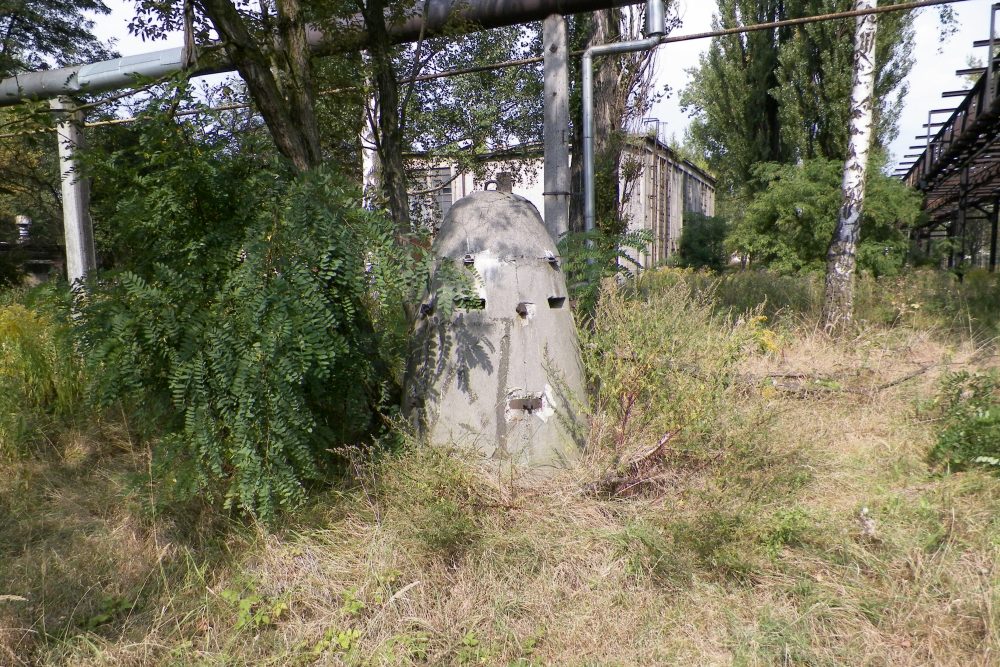 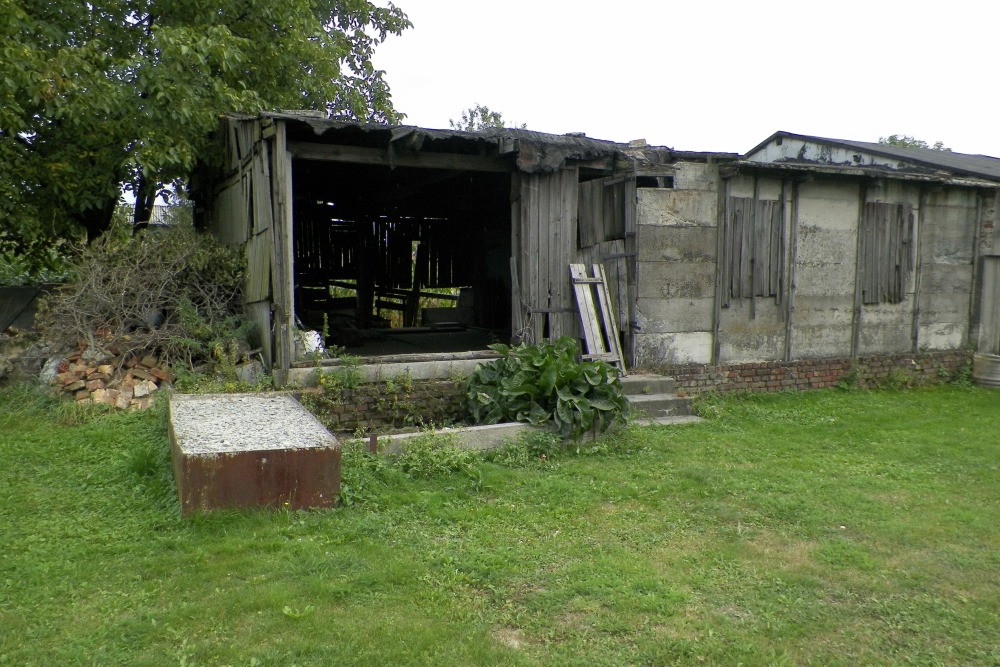 This concentration camp provided forced laborers for the construction of the adjacent factory complex, which included a production facility for synthetic rubber (buna). Many prisoners died during the construction work as a result of exhaustion or from injuries . The camp was a sub-camp of KZ Auschwitz. The factory complex was bombed four times by the USAAF in 1944. The Red Army liberated the camp on 27 January 1945.

The former camp site was built on after the war, and several barracks and parts of them were used as a garage, barn or workshop. Some of these barracks have been preserved, although in poor condition. There is also a Luftschutzbunker for the SS. On the grounds of the accompanying SS camp there is a dilapidated brick barrack, which at the time housed the administration.