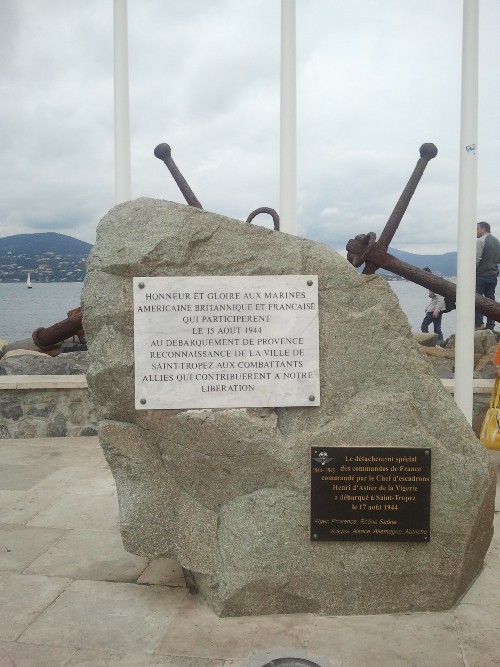 Memorial in honour of the American, British and French landing troops who came ashore in the Provence on the 15th of August 1944.

The memorial also honours the French commandos led by Henri D'Astier de la Vigerie, who landed on Saint-Tropez on the 17th of August 1944.