Memorial shield " The Battle for the river Scheldt" Westkaplle 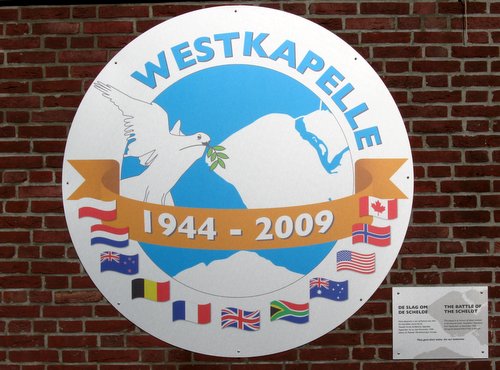 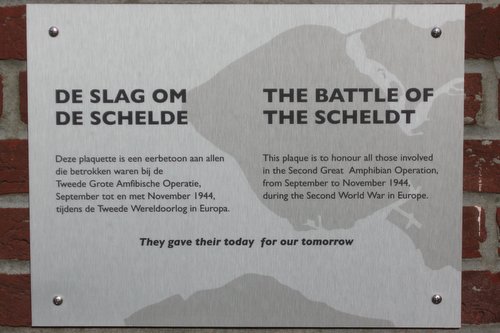 The text on the circular plaque reads:
Westkapelle
1944  2009
On this shield all nations are being recognized that have been involved in the liberation of Zeeland during the Battle for the River Scheldt. (This liberation was strategically of vital importance in order to make the harbour of Antwerp accessible for allied supplies.)
Around the years 1944  2009 the flags of participating nations have been depicted:
Poland, The Netherlands, New Zealand, Belgium, France, the United Kingdom, South Africa, Australia, the United States of America, Norway and Canada.

On the information sign to the right and below of the circular plaque the following has been put in English as well as in Dutch:
The Battle of
the Scheldt
This plaque is to honour all those involved
in the Second Great Amphibian Operation,
from September to November 1944,
during the Second World War in Europe.
They gave their today for our tomorrow