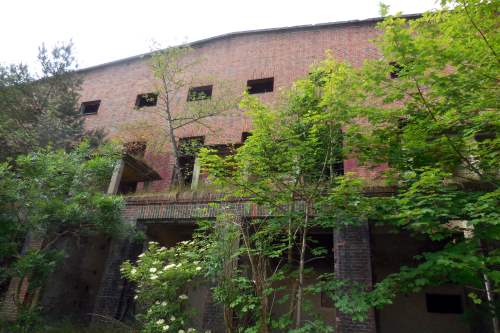 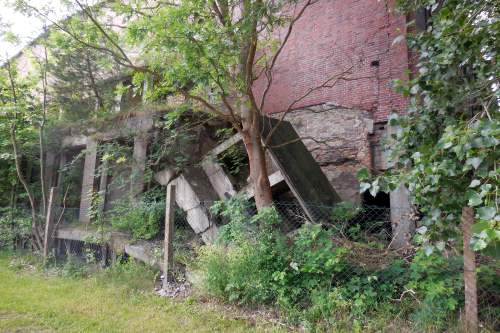 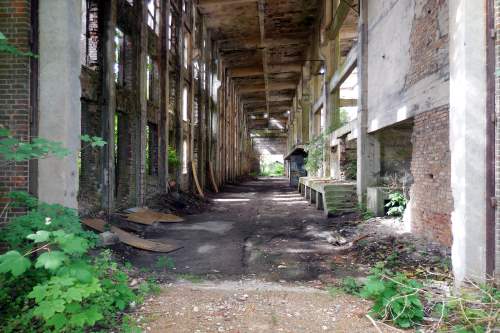 The oxygen plant of Heeresversuchsanstalt served to generate the liquid oxygen for the drive of the A4-missiles (V2). It is next to the Kraft Finish the only remaining large buildings of the Experimental Station, located directly on the Lindenstraße in Peenemunde.

This was put into operation on July 27, 1942, the work is 73.10 meters long, 42.60 meters wide and 20.80 meters high and is a listed building. The liquid oxygen is produced by the complex "Linde" method in which air is separated into its components of oxygen and the thus-obtained was cooled at -138 ° C. Liquid oxygen can be transported in insulated tank cars directly to the test benches.

Because for each launch of an A4 rocket about 4 tons of liquid oxygen were needed, they worked in the oxygen factory in three shifts around the clock. The daily production was approximately 13 tons. The energy consumption for the production of oxygen was 22 MW so that the revenue lost more than two thirds from the center 30 megawatts.