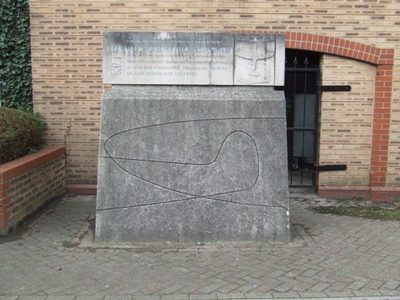 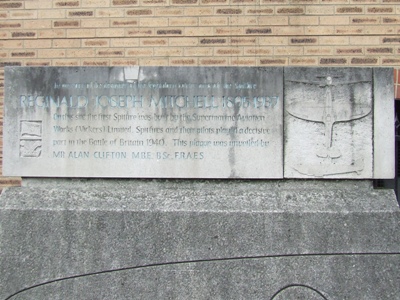 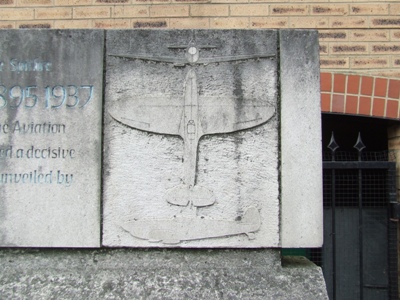 On this location was the factory where the first Spitfire was built.

Text on the memorial:
In memory of the designer of the legendary fighter aircraft the Spitfire

On this site the first Spitfire was built by the Supermarine Aviation
Works (Vickers) Limited. Spitfires and their pilots played a decisive
part in the Battle of Britain 1940. This plaque was unveiled by
MR. ALAN CLIFTON. M.B.E., B Sr., F.R.A.E.S.

R.J. Mitchell worked together with more designers. One of them was Jack Lowden.