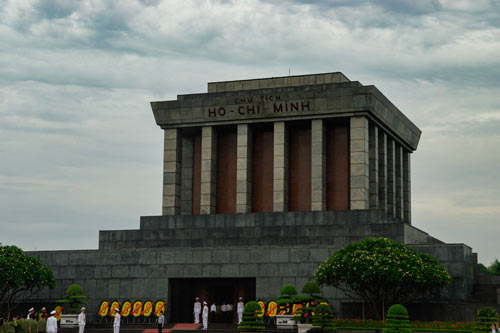 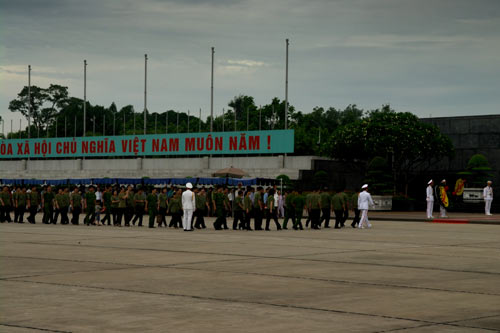 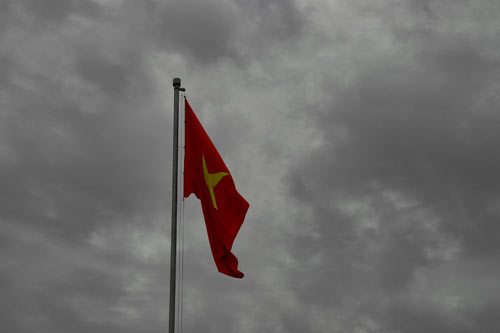 This building in Hà Nội is the mausoleum of Hồ Chí Minh (1890-1969), born as Nguyễn Sinh Cung and also known as Nguyễn Tất Thành and Nguyễn Ái Quốc. He was the leader of North Vietnam during the Vietnam War.
In World War II, he fought with the Viet Minh against the Japanse occupiers. Later on, he was involved in creating the Vietcong (NLF or VC) and the Peoples Army of Vietnam (PAVN).