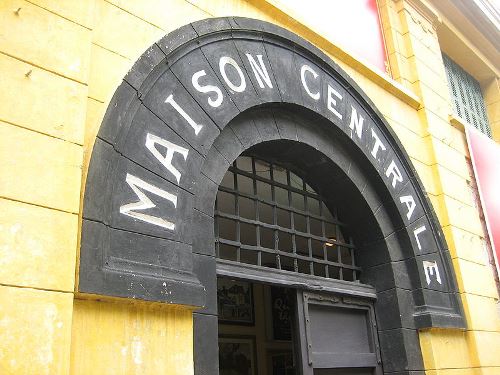 The Hỏa Lò Prison in Hoàn Kiếm was used by the French for political prisoners. Later on, it was used during the Vietnam War by the North Koreans for U.S. Prisoners-of-War, who named the prison the Hanoi Hilton.
The prison was demolished in the 1990s, only the gatehouse remains which is now used as museum. Emphasis lies on the French colonial era. The room where the U.S. Prisoners-of-War were interrogated (notorious among former prisoners as the "blue room") is present.
The museum claims that the Prisoners-of-War were treated well and not harmed, which is contested by former prisoners who identify the prison as the site of numerous acts of torture.