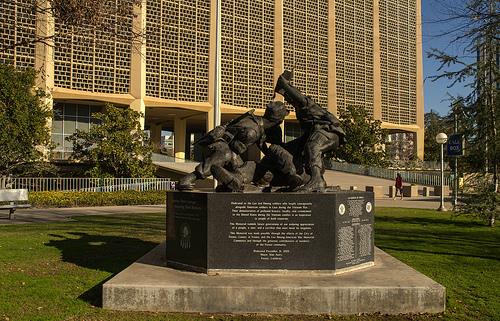 This memorial commemorates the Hmong community in Laos who were on the side of the Americans during the Vietnam War in the "Secret War" in Laos. It depicts two Hmong soldiers evacuating a downed American pilot.

After the war, the Hmong community was severely punished. Thousands were executed and hundreds of thousands fled to other countries, including the United States.