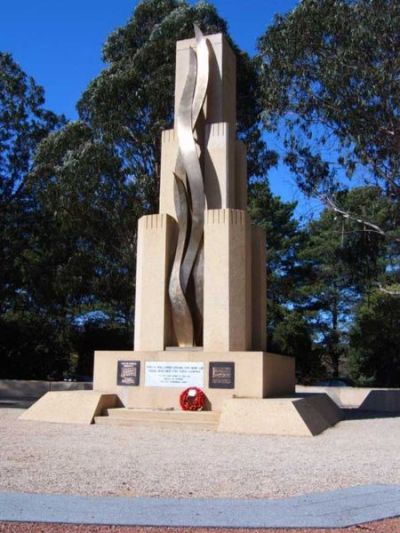 This memorial is dedicated tot the "Rats of Tobruk", the nickname of the Australian Corps which succeeded in defending Tobruk against the German Africa Corps in 1941.

One third of all Australian soldiers who fell during the Middle East campaign, died in this battle.

The memorial is replaces a memorial built by the Australians in 1941 at the war cemetery in Tobruk but this was later destroyed.

The plaque from the original memorial forms was included in the new location.