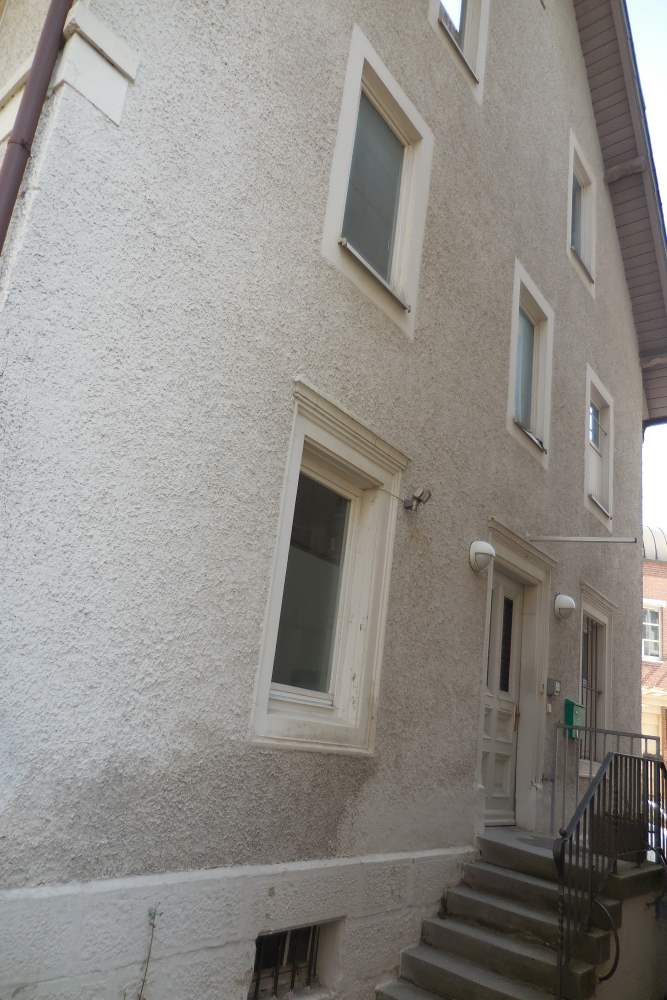 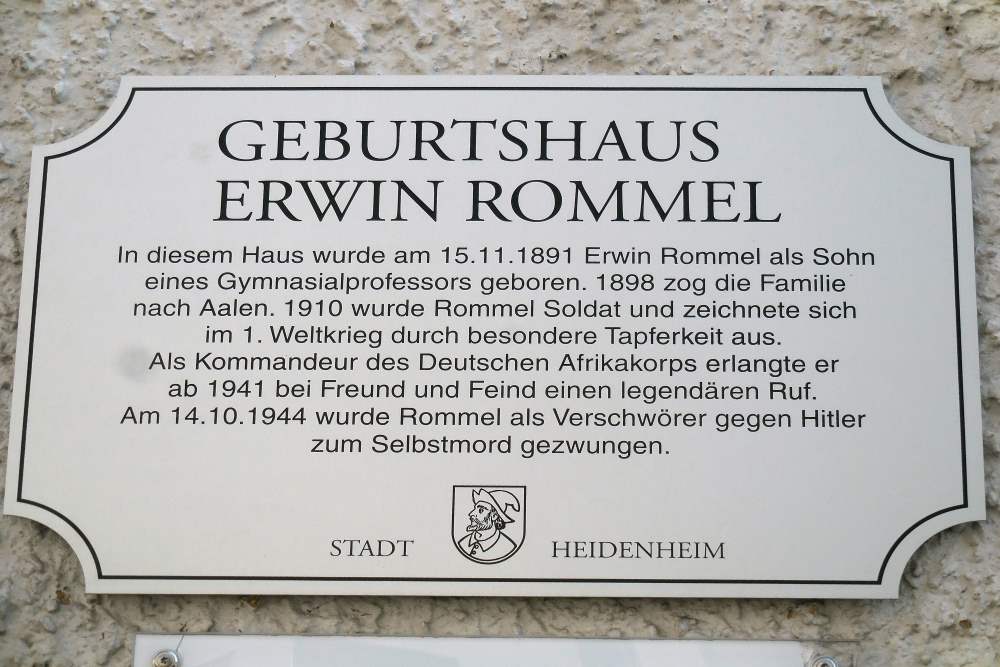 The house where Erwin Rommel was Born on 15 november 1891.

Erwin Johannes Eugen Rommel was a highly decorated officer in World War I and was awarded the Pour le Mérite for his actions on the Italian Front. In World War II, he distinguished himself as the commander of the 7th Panzer Division during the 1940 invasion of France. His leadership of German and Italian forces in the North African Campaign established his reputation as one of the most able commanders of the war and earned him the appellation of "the Desert Fox".