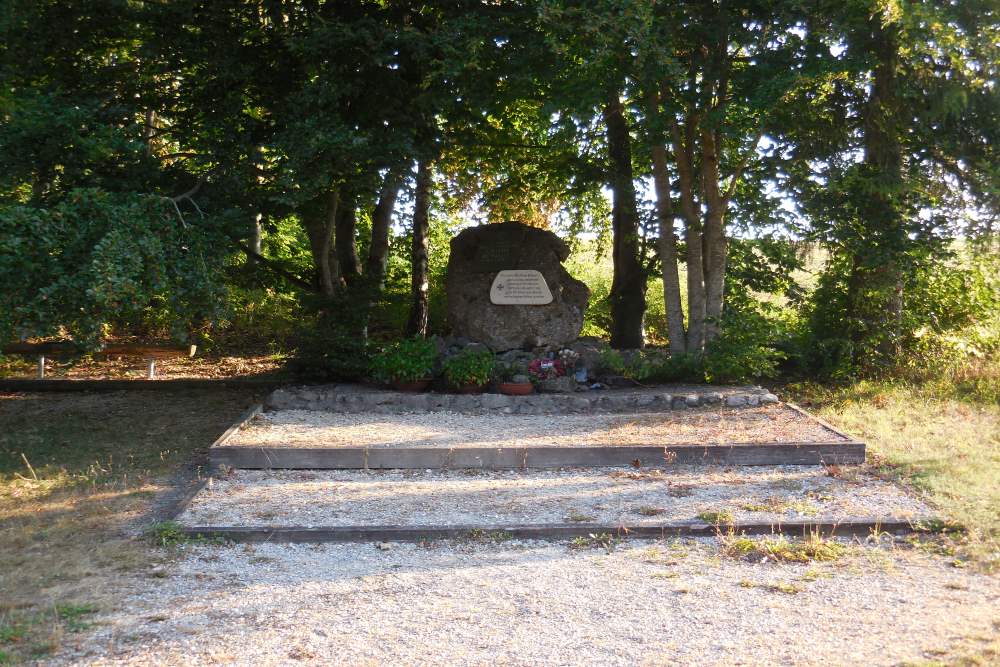 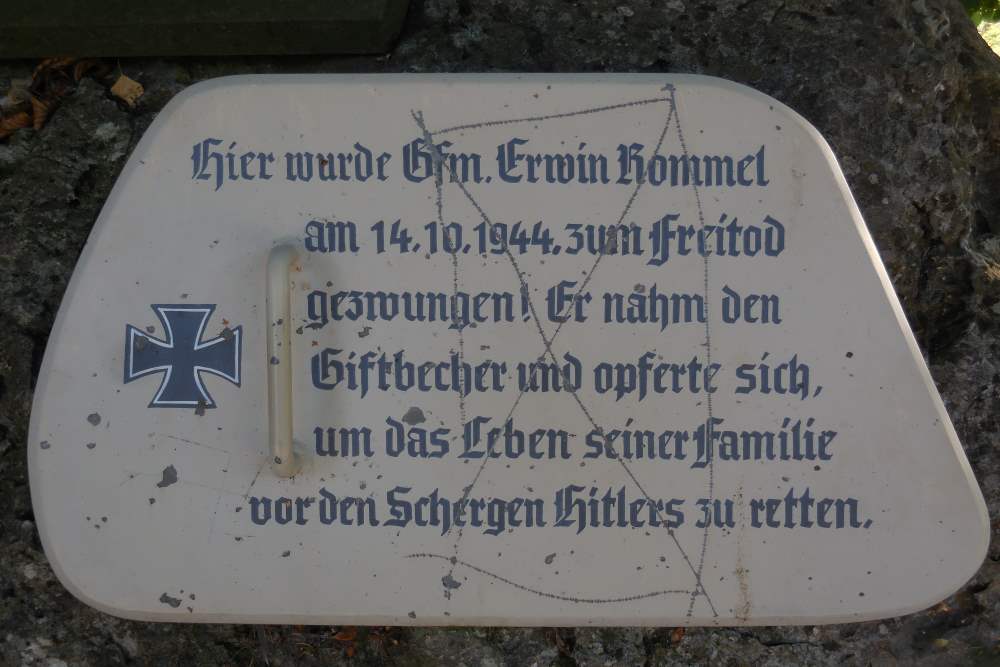 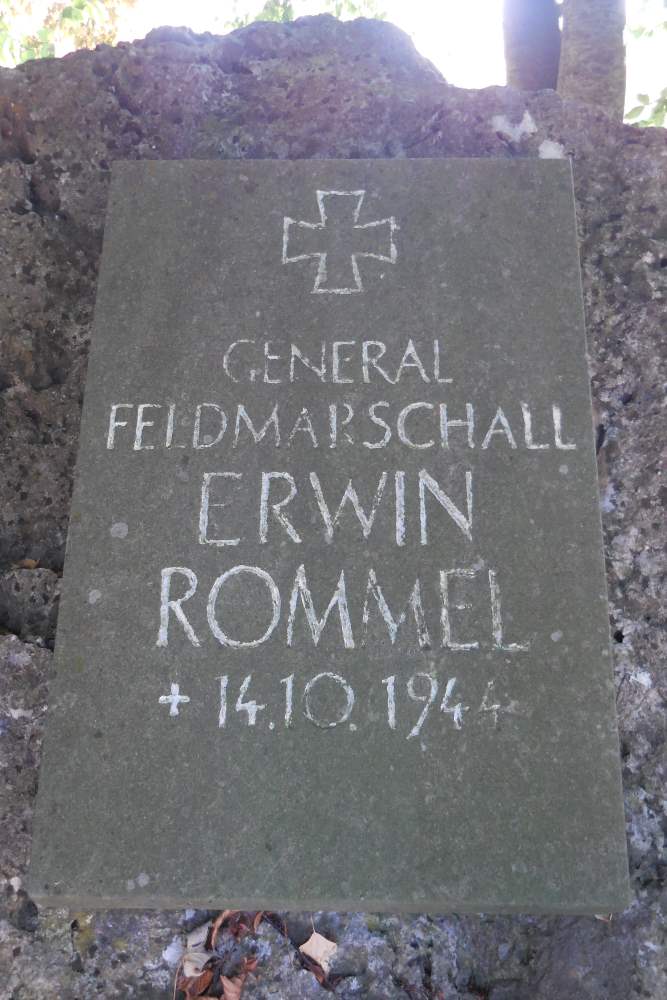 On July 20, 1944, a failed bomb attack was committed on Hitler. Hitler remained virtually unharmed, only the Führer's pants were tattered, but his bunker was completely destroyed. Many guilty parties were identified. Rommel was one of them, although it is said that he had nothing to do with the attack. The stories of what happened next are numerous. It is usually read that Rommel was recovering at home in Herrlingen from the injuries he had sustained in the air raid, and was visited by two generals. Rommel could make two decisions. A lawsuit related to the attack or suicide. Rommel opted for the latter and committed suicide by taking a cyanide pill. The citizens of Germany were led to believe that Rommel had succumbed to his injuries. On October 18, Rommel was given a state funeral that was planned while he was still alive. He was buried in Herrlingen. The cross on his grave is not original and has the date 1939 and the swastika removed. Only years after the Second World War did the true facts become known. Germany, but also other countries such as America, were perplexed. General Erwin Rommel was respected by both the Axis and the Allies for his courage and bravery. At the site of the suicide is a monument in memory of this field marshal.