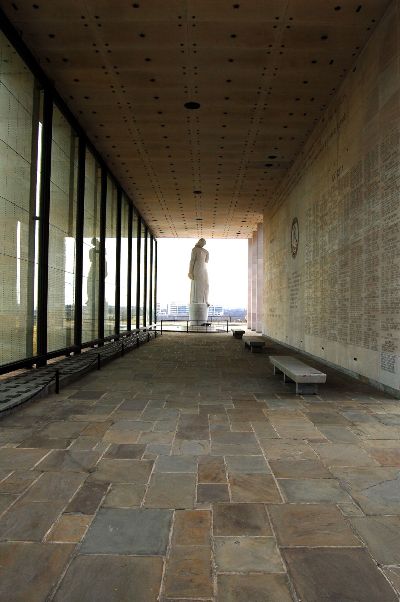 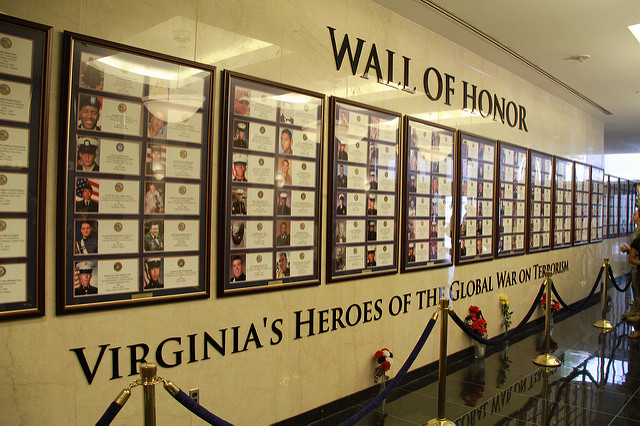 It also lists the names of hundreds of servicemen from Virginia (including those of the Virginia National Guard) who were killed in Afghanistan and Iraq in the War on Terror.