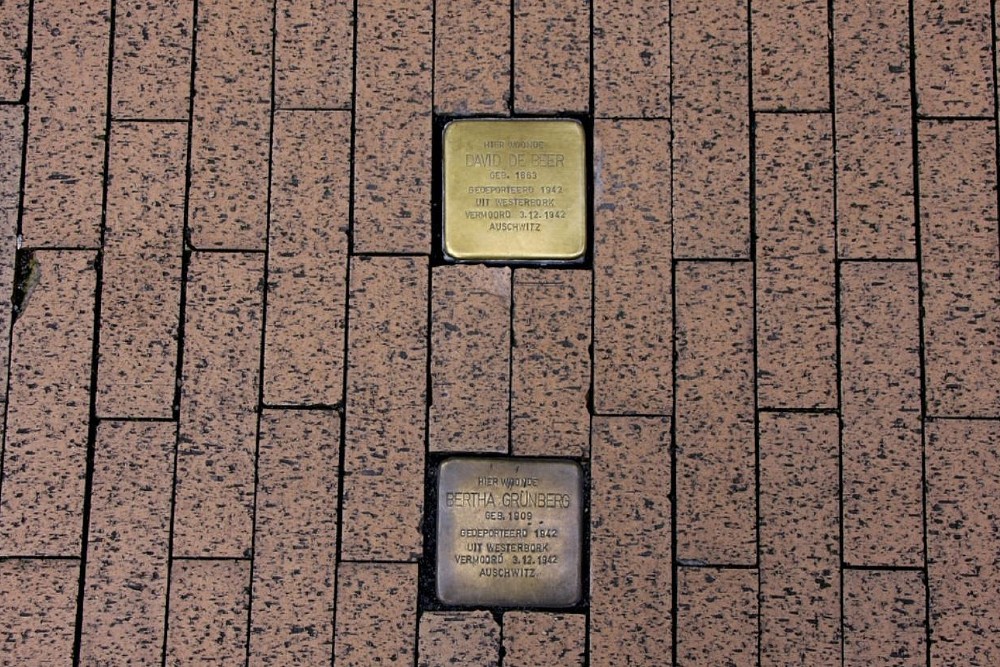 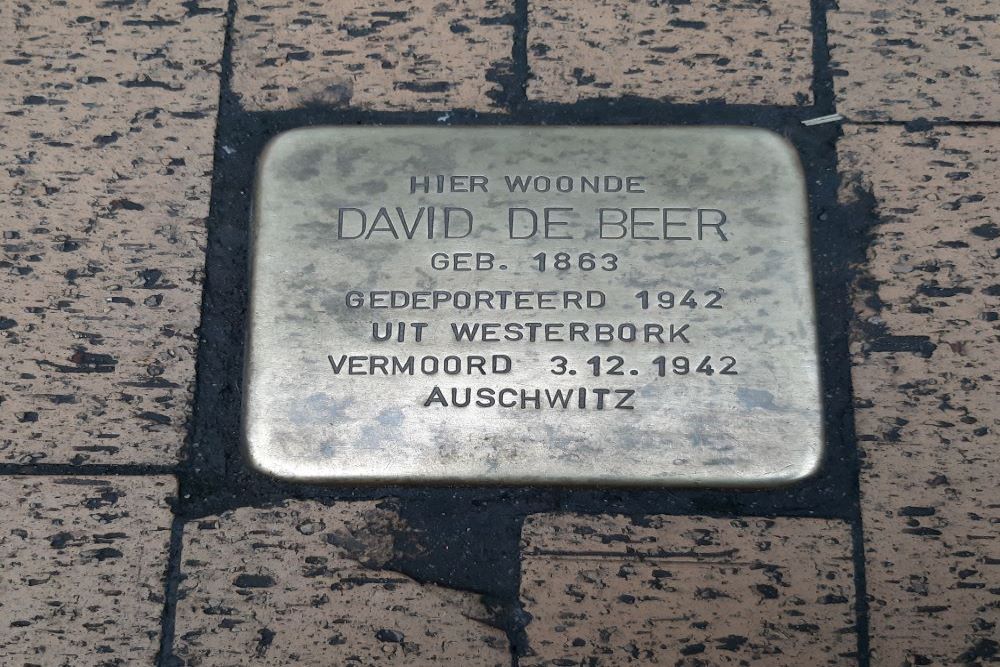 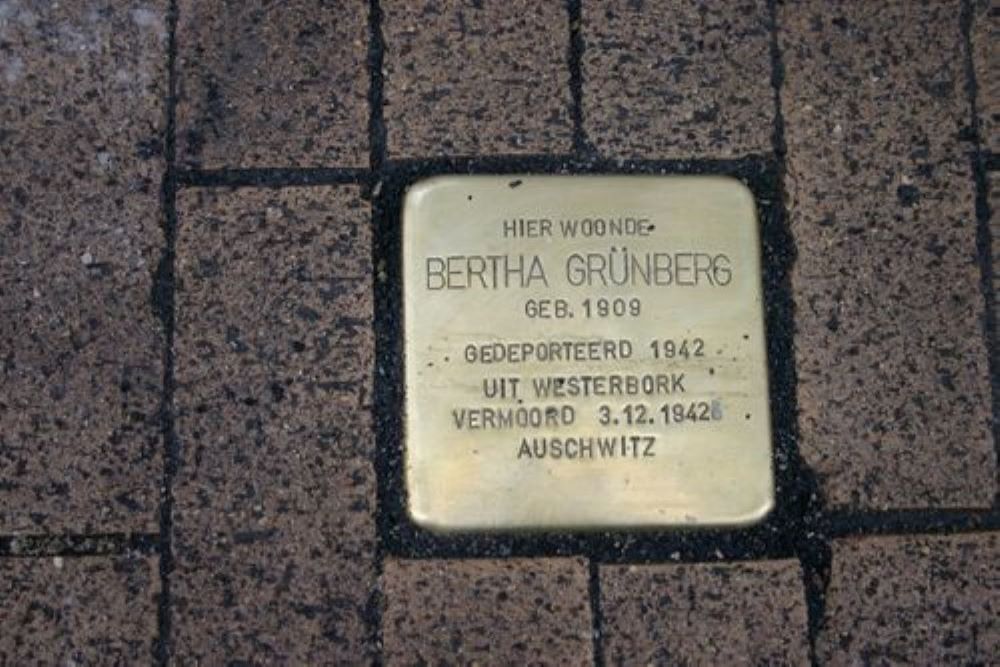 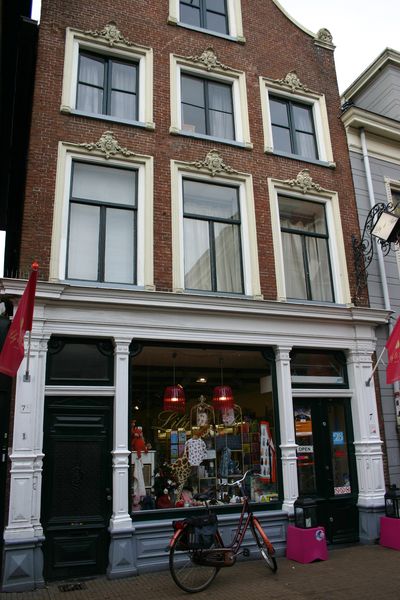 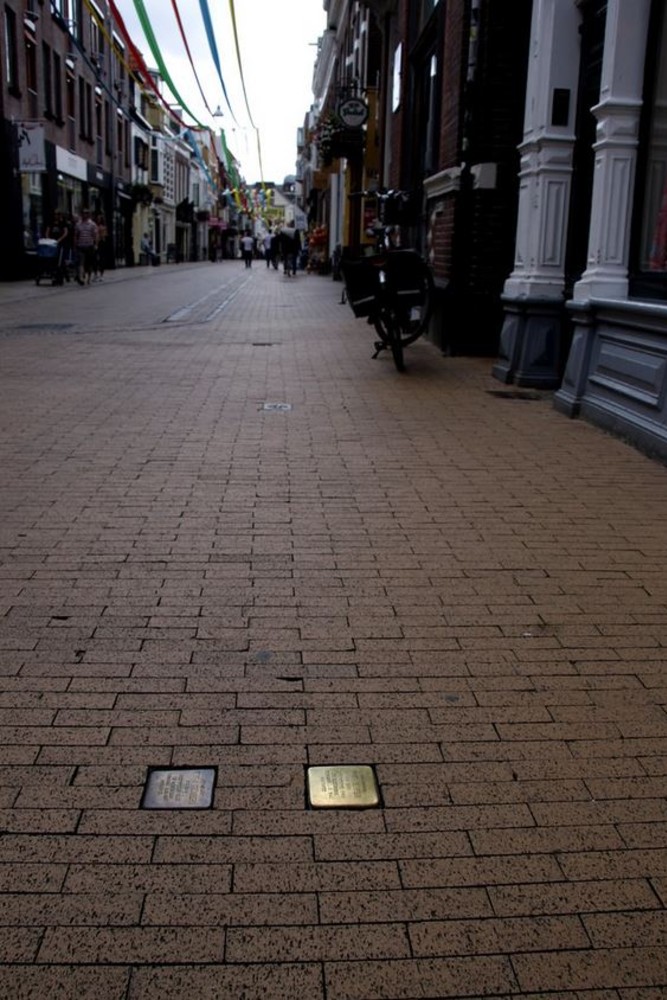 David de Beer and Dina Kuijper married in 1892. They had a daughter, Clara de Beer, who was born probably in that same year, and a son, Louis Henri de Beer, born in 1905. David was a pastry cook. An advertisement said that his bakery at Folkingestraat 7 offered pastry for diabetics (gebak voor suikerzieken). In 1915, Clara married teacher Johan Flemmer, who had been a gymnast in the 1908 Olympics. It is not known if they had children. Both Clara and Johan survived the war.

Dina de Beer-Kuijper died in 1931 in Groningen at age 59. David de Beer remained at the same address with their son, Louis Henri de Beer. Louis was murdered in Auschwitz on 22 October 1942 (Joods Monument) or on 1 November 1943 (Yad Vashem from the Auschwitz Death Registers). David de Beer was 79 years old when he was murdered, also in Auschwitz just over a month later.

Berta Grünberg was born in Germany, one of three children of Rahel Engbers and Max Grünberg, a cattle dealer. In March 1938, Berta fled to Groningen where she ended up working as a housekeeper for David de Beer. Her father killed himself in October of that same year after the Nazis prohibited Jewish cattle traders from working. Later her mother, sister, and grandfather were deported to Theresienstadt in July 1942. Her grandfather, Aron Engers, was killed there on 10 November. On 3 December 1942, Berta Grünberg and David de Beer were both murdered in Auschwitz. Bertas sister, Sophie Grünberg was murdered in Auschwitz in January 1943 and their mother in May 1944. Brother Leo Grünberg survived.

Stolpersteine for Berta, her mother, and her sister are in Papenburg, Germany, at Friederikenstraße 66.