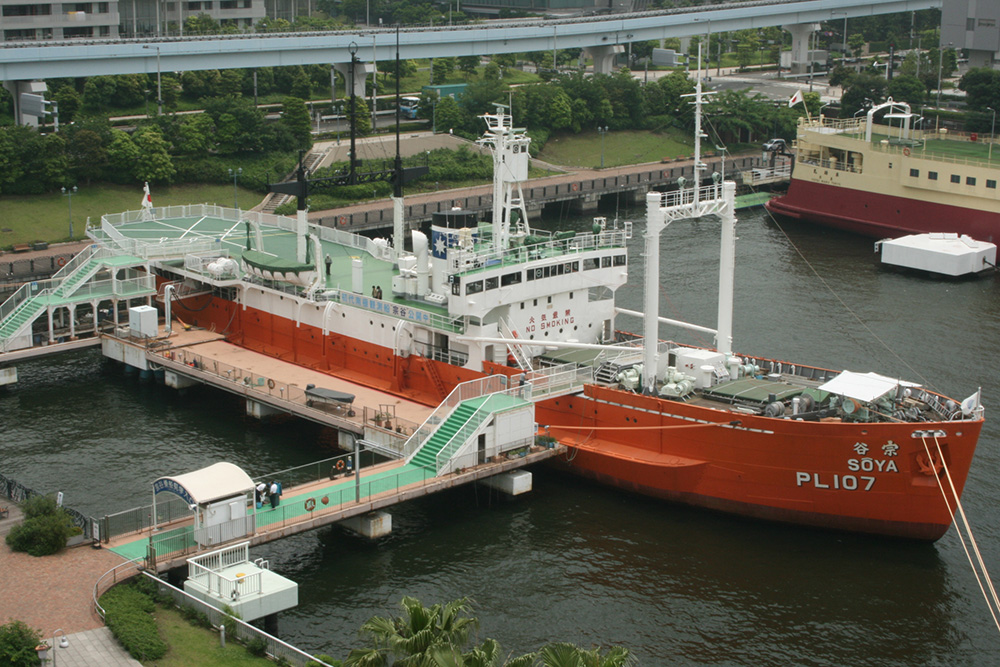 The "Soya" was built in 1936 as the "Volochaevets", but was never delivered to the Soviet Union due to the worsening relations between the two countries. It was named "Chiryō Maru" instead and used as transport ice breaker. During the war, the name was changed to "Soya" as she was used as military transport ship. She lost 10 crew members during an aerial attack, but managed to survive the war. After the war, the "Soya" transported Japanese returnees.