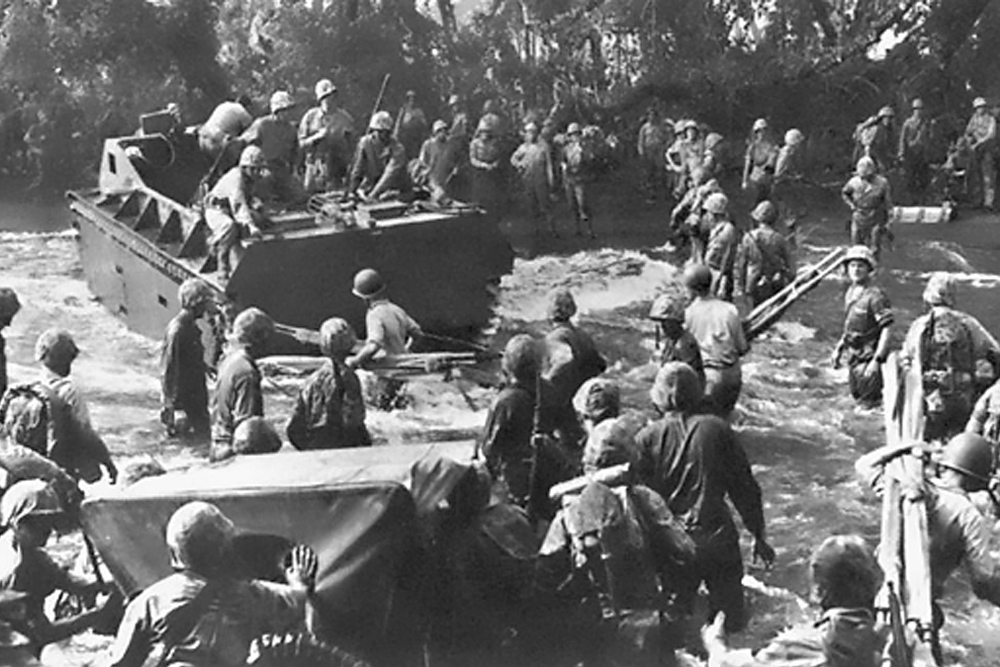 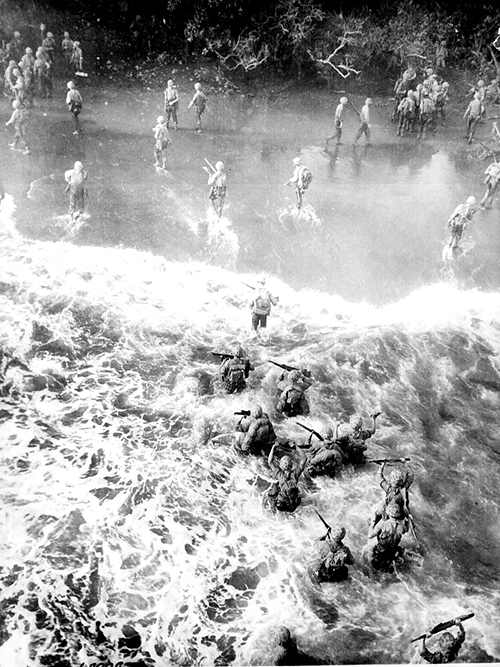 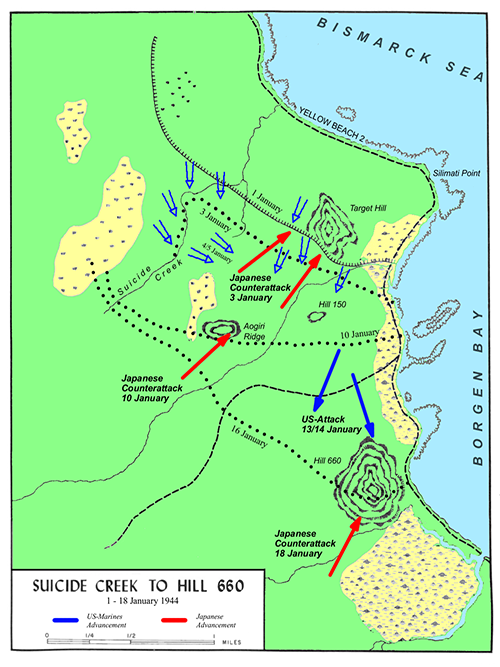 U.S. Marines landed here on 15 December 1943 as part of Operation Backhander. A number of landing crafts are still in this area.

New Britain Campaign
On New Britain, the Marines had to contend with relentless rain and jungle conditions, as they pushed the Japanese back toward Rabaul, on the eastern extreme of New Britain.

Practical information to reach Cape Gloucester can be found here