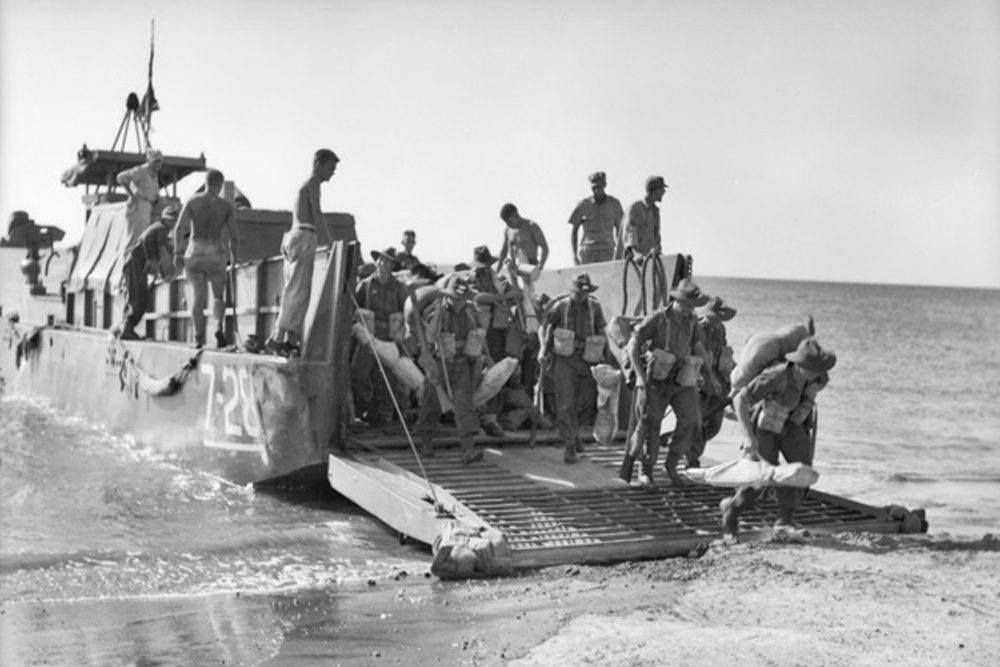 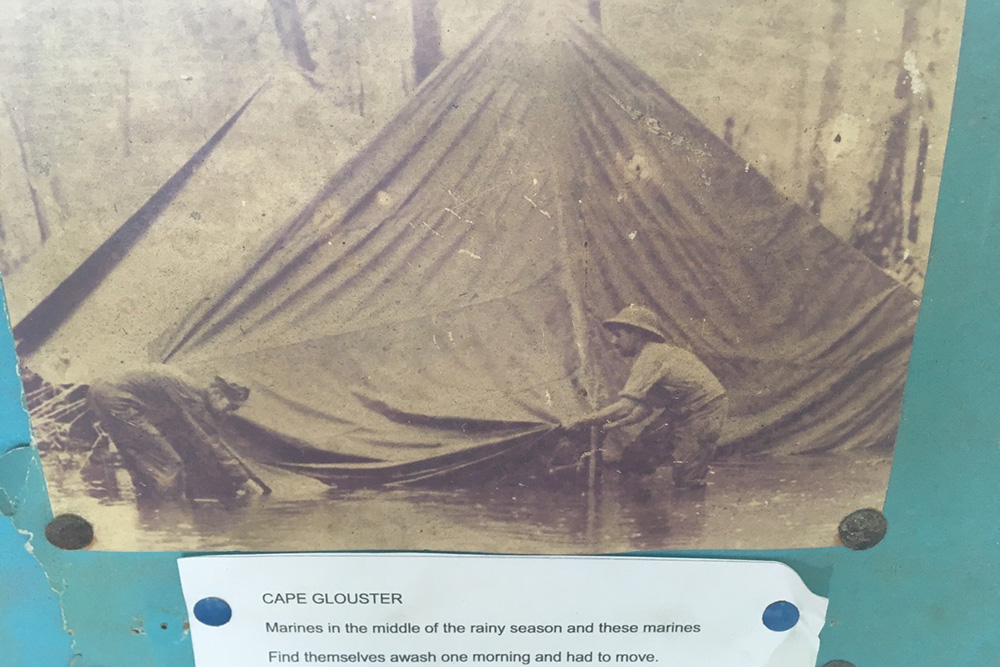 The campaign to secure West New Britain and the airfield at Cape Gloucester had several phasesthe landing, the seizing of the airfield, the fight for Hill 660but throughout it all, from December 26, 1943 to April 1944, the Marines on the island had to deal with incessant rain. One day during the fighting, it is estimated that 16 inches of rain fell on West New Britain.

The success of the operation, carried out by the First Marine Division, was that of successfully neutralizing the Japanese presence on the long island, and thus isolating Rabaul to insignificance. No longer could Japanese ships and planes interdict Allied supply lines in the Solomons, and after the campaign on New Britain the road to the Philippines was more open.

In describing the campaign the commander of C Company, First Marine Regiment, Nikolai Stevenson said: "It was a textbook campaign, in that we didnt take a lot of casualties, we took the airfield, and we dispersed the Japanese into the jungle. After the first month on the island, all we did was patrol through the wet, hot, soggy jungle."

C Company, and the 1st battalion, First Marines, took the airfield shortly after D-Day, and later were deployed around Mt. Talawe and Iboki Plantation.

To land at Cape Gloucester, the Marines staged on Goodenough Island in the DEntrescasteaux Islands, and then made an assault on Finschhafen, before coming ashore near Cape Gloucester on December 26, 1943.

New Britain Campaign
On New Britain, the Marines had to contend with relentless rain and jungle conditions, as they pushed the Japanese back toward Rabaul, on the eastern extreme of New Britain.