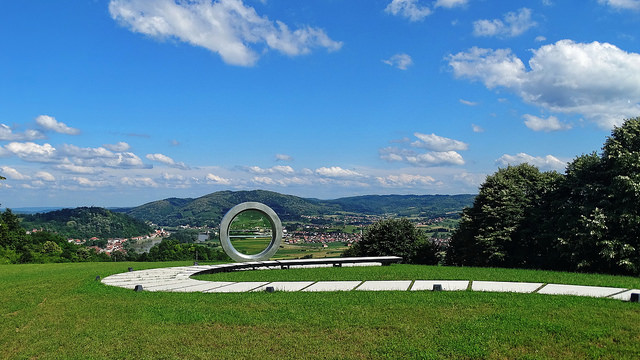 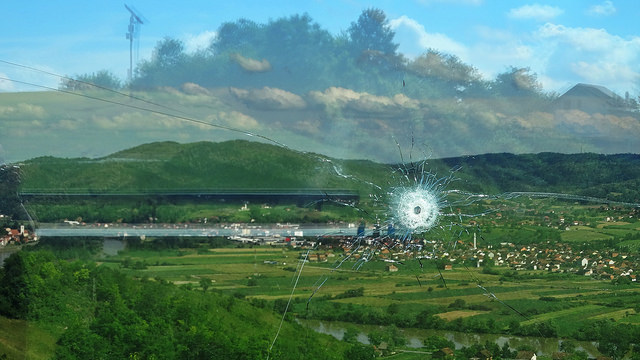 This appealing memorial, the "Broken Landscape" Memorial Sculpture, commemorates Gordan Lederer (21 April 1958  9 August 1991). He was a Croatian photographer and cameraman who was hit on this location by a sniper bullet fired by a Serb sniper. His camera recorded the whole event. As his body fell down the slope, he was aimed with mortar shell whose shrapnel also wounded him. Lederer died in the car on the way to a hospital in Zagreb, because the Yugoslav People's Army refused to authorize a helicopter flight to transport Lederer to Zagreb.