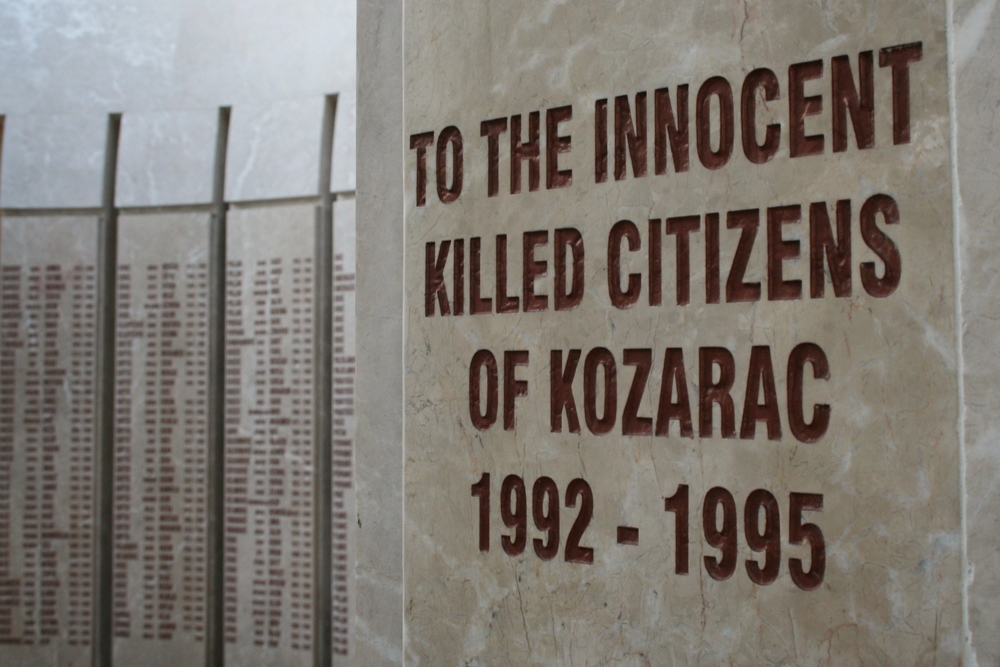 On May 24, 1992 Kozarac was attacked by Bosnian Serbs and almost all the residents were deported to three camps: Omarska, Trnopolje and Keraterm. Many residents, including all police officers, were shot immediately. In the camps many people also died and disappeared into mass graves.
Kozarac has 1,800 'missing' from 1992. The Municipality of Prijedor (which Kozarac is part of) has a total of 3,254 'missing' people, including 123 children. More than 2,000 of them have been found in more than 50 different mass graves.