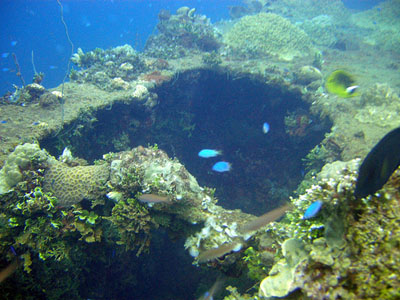 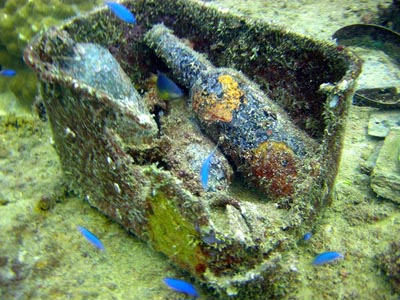 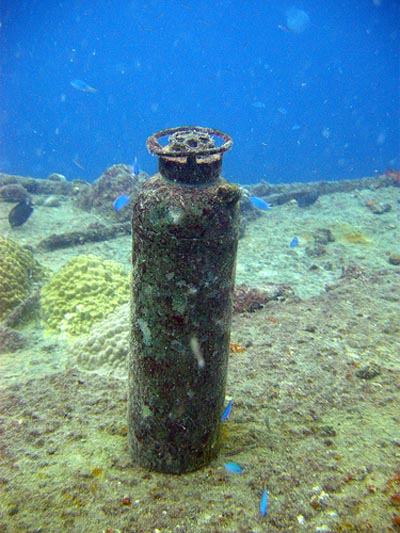 The "Kiyosumi Maru" was built in 1934 as a luxurious transport ship. The Japanese navy took control of her in 1941 and converted here into an armed merchant ship. The armament consisted of a number of 152.4 mm (6 inch) guns, two torpedo tubes and an AA gun. The "Kiyosumi Maru" served as troop carrier during the Battle of Midway (4.7.1943 - 7.7.1943). It was struck by 3 torpedo's and was towed to Truk Lagoon (Chuuk) to recover. She was eventually sunk by U.S. dive bombers during 'Operation Hailstone' (17.2.1944 - 18.2.1944), while still undergoing repairs. The Japanese losses were extremely high during this military operation: a complete fleet was destroyed.

The "Kiyosumi Maru" today:
It lies currently at the bottom of the sea at a depth of 30 meters (100 fsw), within Truk Lagoon. It can be reached by diving with diving equipment.

The shipwrecks within Truk Lagoon are still considered to be the last resting place for hundreds of killed Japanese seamen and soldiers. While diving at these sites, please treat human remains and their personal belongings with respect.