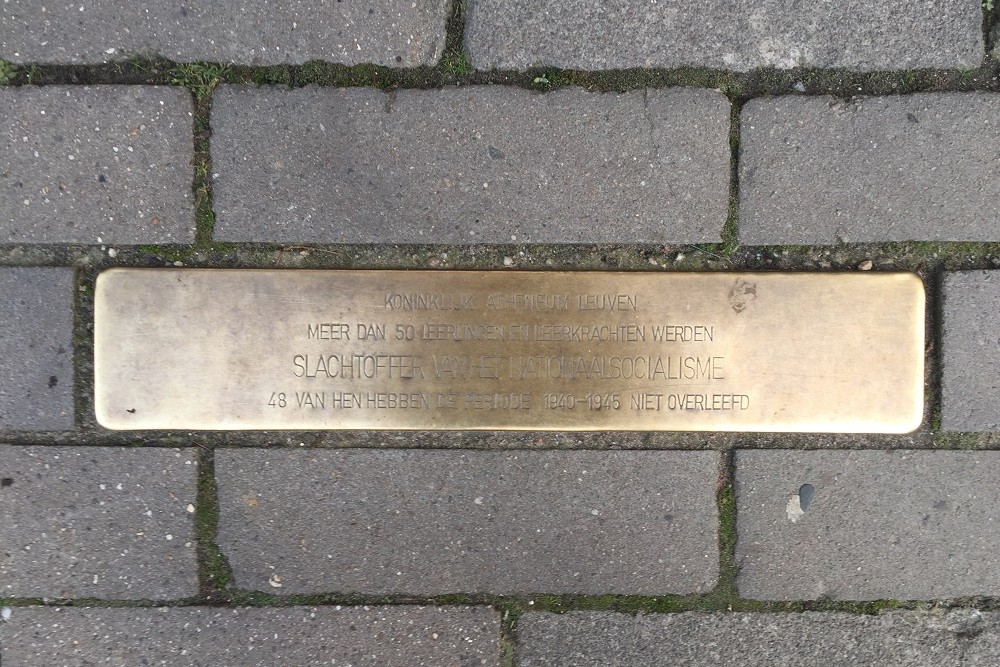 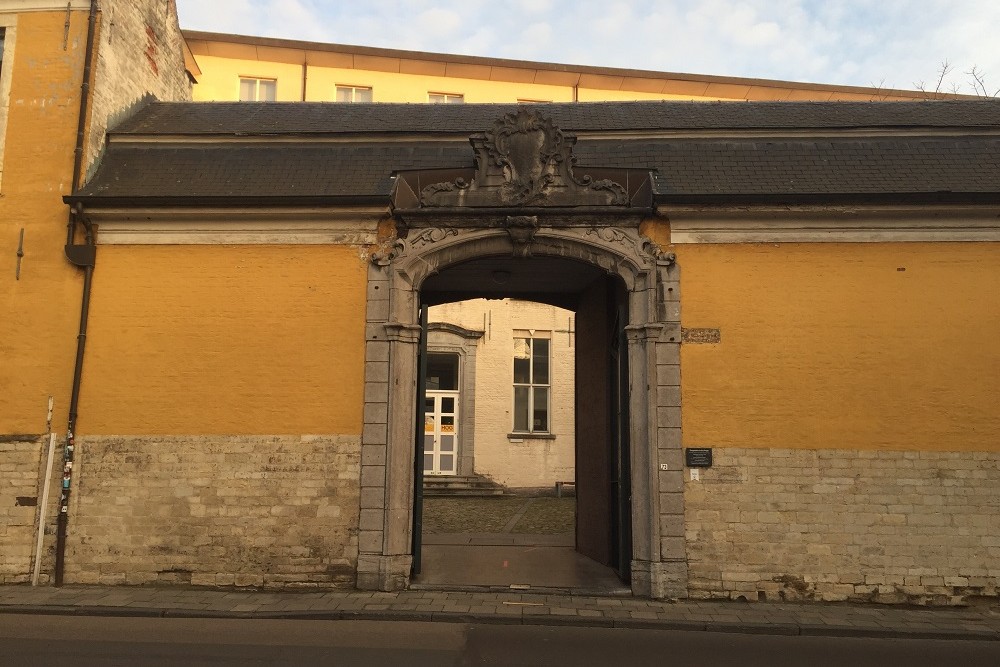 On 03-02-2017 was laid here in Kessel-Lo a Stumbling Threshold.
Text on the threshold:
Royal Atheneum Leuven
more than 50 pupils and teachers were
victims of National Socialism
48 of them did not survive the period 1940-1945.