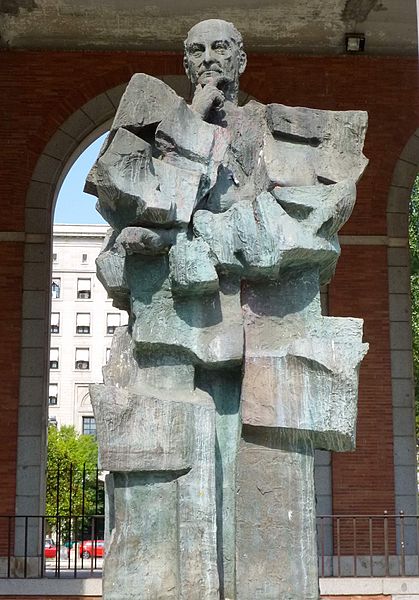 This memorial at the Nuevos Ministerios commemorates Francisco Largo Caballero. He was Prime Minister and Minister of War in the Second Spanish Republic. In 1939, he fled to France. In June 1940 he was arrested by the Germans and imprisoned in Sachsenhausen concentration camp, where he was liberated in 1945.
He died in exile in Paris on 31 March 1946 and was buried at the Père-Lachaise Cemetery. In 1978 his remains were returned to Madrid.