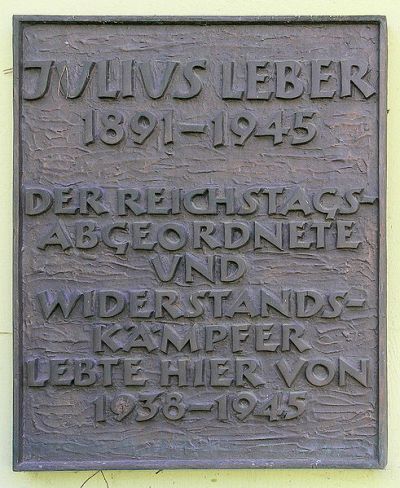 This plaque commemorates Julius Leber, a politician who lived here until his last arrestment. He was member of the SPD in the Reichstag until 1933. After that he was a prisoner in several concentration camps but later he was released.

He was arrested again for his involvement in the assault on Hitler. On 5 January 1945, he was executed in Plötzensee.